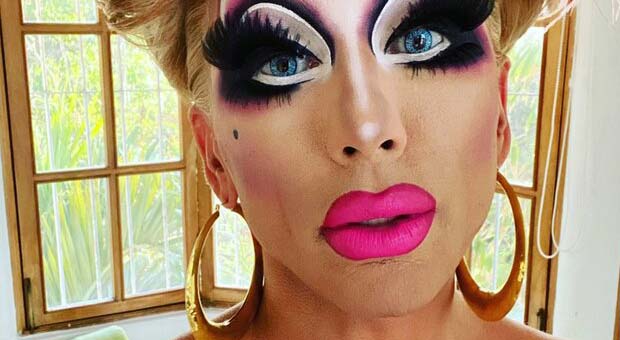 Bianca, best known after winning season six of RuPaul’s Drag Race, will be headlining Holy T In The Park at Sackville Gardens on August 1.

This will mark the first time she has appeared in Manchester’s Gay Village since winning the popular reality TV show in 2014.

She has since headlined Manchester's O2 Apollo with her own solo shows Not Today Satan, Blame It On Bianca Del Rio and It’s Jester Joke.

Ahead of the August festival, Bianca will return to Manchester in July as part of the Main Event concert at the O2 Apollo which promises to be the 'biggest drag lineup to hit the UK'.

Alongside Bianca, August’s Holy T In The Park festival will also include a large array of talent including Danny Beard, Tia Kofi, Crystal and Joe Black.

The United Kingdolls, consisting of A'Whora, Bimini Bon Boulash, Lawrence Chaney and Tayce from the recent season of RuPaul’s Drag Race UK, are also set to make an appearance.

Organisers said "This summer sees the hottest festival event touch down in Manchester with an array of home grown talent and now featuring one of the BIGGEST names in drag, the one, the only, Bianca Del Rio.

"This drag race superstar joins the star-studded line-up this August for the event of the season."

The festival will take place as part of a two-day outdoor extravaganza in Sackville Gardens which will mark one of the first outdoor events to take place in Manchester’s gay village since the pandemic.

Tickets are via READ MORE