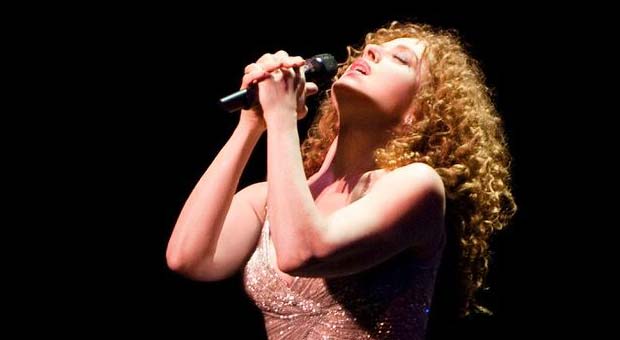 Bernadette Peters live at The Lowry

THIS PERFORMANCE HAS BEEN POSTPONED.

SADLY WE DO NOT KNOW WHY?

"For theatre lovers, there can be no greater pleasure than to witness Bernadette Peters perform." NEW YORK TIMES

"One of the most exciting performers of her generation, Bernadette Peters infuses all her work with great humanity and exudes a palpable warmth that spreads over audiences like welcome sunshine.” PLAYBILL

Renowned around the world as one of the foremost interpreters of Sondheim, the Grammy and Emmy Award nominee will perform timeless, signature songs from the multitude of iconic shows that includes Gypsy, Into the Woods and Sunday in the Park with George both which she originated in. She also headlined the recent Broadway revivals of A Little Night Music and Follies.

"Beg, borrow or steal if you have to, but get yourself a ticket." HERALD SUN

Bernadette has performed at the most prestigious international concert halls, including the Royal Opera House, the Royal Festival Hall, the Sydney Opera House, the Hollywood Bowl, Carnegie Hall, Radio City and Lincoln Center. She recently starred in the hit series, Mozart in the Jungle on Amazon Prime, and in TV drama The Good Fight on CBS in America and More 4 in the UK, having previously appeared in no less than 33 films and TV movies, including Annie, Pink Cadillac and Pennies from Heaven.

Bernadette commented: "I’m delighted to be returning to the UK this coming June! I love visiting your country and you are always so wonderfully kind and welcoming. I’m very excited to be visiting some cities I haven't been to before! So come join me in London, Milton Keynes, Birmingham, Manchester and Edinburgh and let me entertain you!"