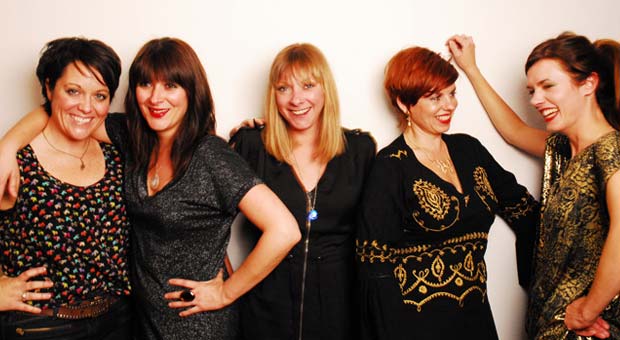 The garden neighbourhood is revving up to play host to six Manchester legends – including Dave Haslam (Haciencda) – who are each teaming up with Levanter Fine Foods and Cloudwater Brew Co. for the mother of all al fresco parties.

Whilst the seasoned party-starters will be packing the lush garden with decade-spanning beats, Levanter – currently enjoying a residency in the elevated Bungalow - will be serving up mouth-watering cuts of meat, fish and veg from a woodfired BBQ.

Meanwhile, Manchester brewery Cloudwater will be celebrating as they launch a brand new range of core beers.

“Our run at Kampus has been like one long summer celebration, serving up authentic Spanish plates to guests who’ve lapped up the laid-back neighbourhood vibes.

“Bringing a load of legendary Manchester names down for a one-off weekend of good times and tunes just makes sense. Delicious food, fresh cold beers from Cloudwater and some of the very best on the decks. People head over to the Bungalow and just fall in love with the garden setting. It’s our duty to give everyone – be it returning regulars or Kampus first timers – a great time.”

The All Stars will be taking to the decks to keep summer spirits high … with something for everyone. Jeff O’Toole promises laid-back, sunshine tunes, from indie folk to Balaeric Beats, while Veba, who’s provided vocals for the likes of Nightmares on Wax and Groove Armada, is planning transcendent good times with disco and house.

No strangers to the North’s clubs and festivals, Disco Mums - the vinyl-loving collective - will be bringing their genre-bending set to the canalside setting, with the disco, funk and house blasting and good times from the girls guaranteed.

They’ll be joined by Martin Brew, the founder of awesome Manchester label ‘J-Walk’ on the Sunday lunchtime, who’ll be playing some of his latest new tunes fresh from the studio. Chris Maude is also playing, one half of the Devil’s Jukebox found DJing regularly around Manchester from The Refuge to Freight Island, Blackjack Brewery to The Beeswing and more.  He’ll be playing all things Balearic, jazz, folk funk and AOR from his eclectic vinyl collection.

Completing the line-up will be the Hacienda legend himself, Dave Haslam. Credited as one of the city’s most influential and eclectic DJs, he made his debut at the Hacienda in 1986 before going on to play sets around the globe.

Commenting ahead of the Kampus weekender Dave Haslam said:

"I admire the independent and pioneering spirit of Kampus, and I'm a fan of food traders like Levanter and Beeswing - so coming down to play some quality tunes is a real treat for me. Looking forward to it."

The event’s the latest in a celebratory run of summer events at the rental neighbourhood, developed by Capital&Centric and HBD. The community and lush gardens has seen art exhibitions and artisan markets draw crowds, with beloved Nell’s Pizza bringing the vibes and recent opening The Beeswing revealing a first-floor wine terrace.