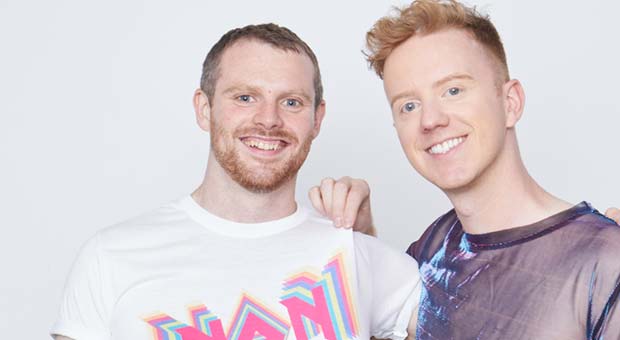 A Gay and A NonGay live in Manchester

A Gay and A NonGay; the UK’s biggest LGBTQ+ podcast has announced The Podcast Tour for March 2020 including a date at Night and Day in NQ.

Hosted by comedians James Barr and Dan Hudson (James is Gay, Dan is NonGay) the award-winning podcast reluctantly began when James friend Talia moved abroad, leaving he and her boyfriend to fend for themselves. This is the hilarious tale of two unlikely heroes forming new friendship, challenging our preconceptions of each other and crossing divides.

They’ve kissed on the front cover of Attitude magazine - come face to face with gay conversion therapy in Northern Ireland in their acclaimed BBC documentary ‘From Gay To Nongay?’ - and slayed a smash hit 5 star run at the Edinburgh Fringe Festival.

Now the boys are leaving the comfort of their studio and transforming their podcast into their first ever live tour.

Keep an eye out for our forthcoming interview exclusively here.

Tickets are onsale via the link below