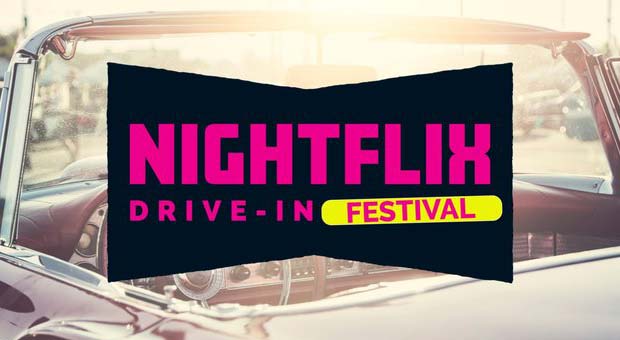 A Drive-in Music Festival has been launched in Nottinghamshire With events and festivals throughout the U.K being cancelled and some turning to entertain us virtually, including our very own Manchester Pride, one company has decided to bring some much needed fun back to Summer 2020.

Nightflix already operates drive-in cinemas at multiple venues but with a void created for some much-needed LIVE entertainment, Nightflix Drive-in Festival was born.

Taking place across 9 evenings with 8 acts already announced to take centre stage for a night each (and a ninth being announced shortly), it promises to bring music lovers together to reconnect (albeit in a socially distant way) and enjoy the music that they love, sung by the best tribute acts the U.K. has to offer.

While the U.K is currently still in lockdown, the festival has been created with safety at the forefront. It is a drive-in event and organisers are asking you adhere to government guidelines on mixing households but here is the bonus, the ticket price is per car and not per person… and with tickets between £30 - £40 per car that could work out as a great night out for a car full (within legal limits of course!). And let’s face it, we all need a good night out!

The festival line-up has now been announced with 8 acts confirmed and the final act announced soon. The acts are made up of the U.K.'s number one tribute acts, across multiple music genres, and include: The Kopycat Killers (The Killers), Tony Skingle (Elvis Presley), Complete Madness (Madness), Fu Fighters (Foo Fighters), Rule The World (Take That), Tom Seals (Billy Joel), Sensation (Abba) and Elite Elton (Elton John) so there is something for all ears.

If you are curious how you can get ‘All Shook Up’ like a ‘Tiny Dancer’ from the confines of your car, don’t worry. They are allocating car spaces so that if you do wish to get out to stretch your legs or even bring out that inner ‘Dancing Queen’, all cars will be more than 2 metres apart. So, providing you stick to social distancing rules, you can ‘Do What You Like’ with your dance moves!

Alison Hogarth, Marketing Manager says "While the U.K has been adapting to life in lockdown, we wanted to bring something new and exciting to look forward to, for music fans across the country who may have had summer event plans cancelled.”

“We already run popular drive-in cinema screenings at Nightflix and know that these are popping up all over the country so we have now also created a safe and special way to watch some amazing LIVE acts too! We are excited to bring some much-needed joy back to the summer"

The Nightflix Drive-in Festival takes place at the Newark Showground, Nottinghamshire, between the 4th and 12th July. With tickets only £30 - £40 per car, it promises to bring the music back to Summer 2020.

Full details are via the link below.