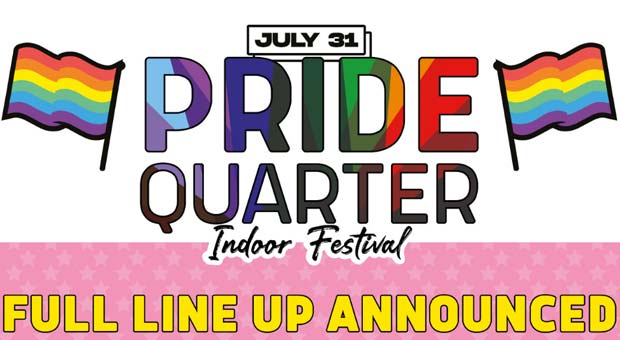 Over 40 artists across 13 venues in Liverpool's Pride Quarter that are coming together to mark the weekend that would have been Pride in Liverpool - and now the full line up has been announced!

Last month the city’s LGBT+ venues came together to launch a new look for the city’s LGBT+ Quarter – Liverpool’s ‘Pride Quarter’. Now, working in partnership with LCR Pride Foundation they are set to mark the weekend that would have been Pride in Liverpool with a huge indoor festival taking place over 13 venues.

The Pride Quarter Indoor Festival is planned for Saturday 31st July, with venues opening as early as mid-day for Pride Bacon Sandwiches. Entertainment will then run right through to the early hours on Sunday morning with some venues also having a full programme of entertainment throughout Sunday too.

Alongside the indoor festival, GBar’s famous street party will return, as well as the Masquerade’s outside beer garden and pavement cafes at many of the Victoria Street venues.

From the scene’s best known Drag Queens and hosts to resident DJs and special guest performers, the line up is packed with round-the-clock entertainment.