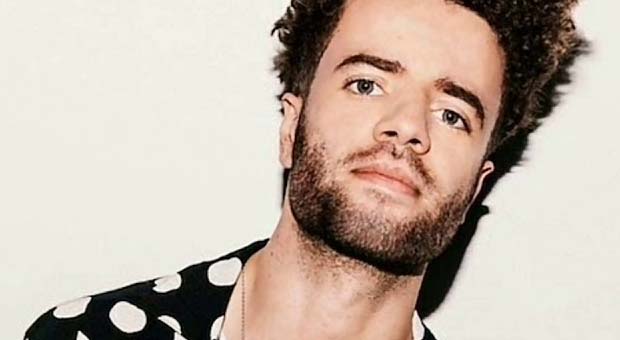 Outside, the snow was just beginning to fall, but inside the temperatures were rising.

The crowd, laughing in the dark, covered in glitter, were bouncing feverishly long before Youngr came onstage, ready and waiting for the party. When it - he, Youngr, the party - eventually did arrive, back in his hometown for the beginning of a seven-night European tour, he was adorned in a delightfully shiny shirt and a garish feather boa, and the crowd lost it. Fresh off the back of success with his debut single Out of My System last year, Youngr launched into a masterclass of sampling, bringing tracks from his new EP as well as his online hits, hitting loop pedals with precision; riffs of songs you knew you’d heard elsewhere and danced along to like every other roaring member of the crowd. Plus, you never can have too much cowbell; “Always more cowbell!” he yelled to us all at one point.

Sweet Disposition was met with an almighty cheer, the crowd singing along to every word. Youngr was the centre of an electronic circle; keys, synths, guitars, samplers all surrounding him in an imposing sight, but one his skills justified. His samples included Nate Dog, Daft Punk; licks of funk, soul, and pop, blended together – it would be rude to say effortlessly; the man was pin point precision levels of talented. He brought mash up after mash up, track after track of feel-good, hands in the air dance-alongs.

It was one hell of a party.