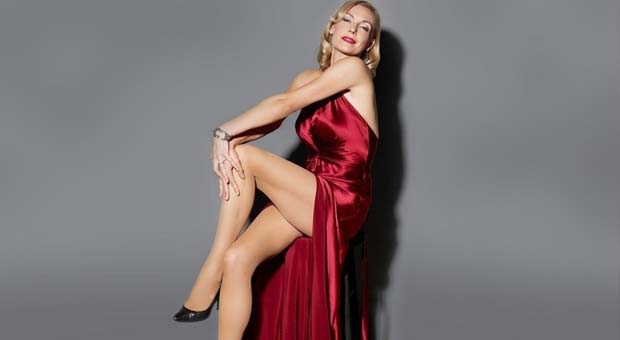 Rendezvous with Marlene' is based on an actual 3-hour phone call between Ute Lemper and Marlene Dietrich that took place in Paris in 1988.

In this show, Lemper tells Dietrich's fascinating story, along with singing brilliant songs from all the chapters of her life - from the Berlin cabaret years to her fabulous Burt Bacharach collaborations.

When I was invited along to see ‘Ute Lemper – Rendezvous with Marlene’ I wasn’t entirely sure what I was signing up for. I knew Lemper was of German heritage, had played Sally Bowles in the Parisian production of Cabaret and Velma Kelly both in London and New York, had won an Olivier and the Moliere Award, and on that basis alone I knew that this show would be right up my street, so much so I already wished I had thought this show up myself. I was also aware of Lemper’s love for Kurt Weill, something we both share as my entire dissertation at drama school was based on The Threepenny Opera. It was safe to say I was incredibly excited to be attending.

The stage was set up as I expected, simple yet effective. A 4-piece band, dimly lit with a chair placed with empty gin bottles partnered with Lemper’s record, costumes on stage which Lemper would then change into to portray different eras of Marlene Dietrich’s life, very Brechtian of course which made complete sense given Lemper’s background. The band came on stage and Lemper opened the show with a rendition of ‘Falling in Love Again’ which she started in German and gave us a true sense of what was about to unfurl, however: I was soon proven wrong as the song soon changed into an almost swing jazz version of the recognisable tune leaving me a little off guard. It almost felt a little disjointed but nevertheless, I was literally on the edge of my seat by this point.

Lemper regales the time she had a conversation with Dietrich 33 years ago throughout the show taking on the physicality and voice of Dietrich. It does feel more of a tribute than an impersonation though which was extremely nice to experience. With Lemper switching between herself and Dietrich using her body and voice this was wonderful to see, it never felt jarring or unnecessary when this happened either which it could easily have been. However, did remind me of a 3rd year drama school production piece, a very good one – but still one nevertheless. I had to remind myself that I was watching the great Ute Lemper.

I found myself more entertained by the stories Lemper was telling in the voice of Dietrich, like a spirit medium channelling her in front of our eyes. If you didn’t know much about the life of Dietrich before entering the theatre you sure did by the time the show finished, and it’s impossible to say that Dietrich wasn’t an absolutely incredible woman. The song choices and music played through was beautiful however I do feel Lemper’s diction was slightly unclear which could have been a sound issue, I felt a little underwhelmed regardless.

As the story progresses we hear of the heartbreak in Dietrich’s life which all seems incredibly relatable at times, but also her friendship with the late great Edith Piaf and her run in with Judy Garland, which obviously pricked my ears up immediately being such a fan, I found myself beaming from ear to ear during many of the stories told by Lemper in Dietrich’s voice although there are some incredibly touching stories which brought a tear to my eye and hits you quite suddenly.

Despite thoroughly enjoying ‘Ute Lemper – Rendezvous with Marlene’ I left the theatre feeling that something was missing, what that was I can’t quite put my finger on – maybe I just wanted to hear more about Dietrich’s life, maybe I wish it had been me that had this phone call with her 33 years ago, maybe I just wanted a little bit more because I was having such a lovely time. Whatever it was though – this production was a beautiful portrayal of an iconic, yet tragic legend and I urge you to see this show if you’re either a fan of Lemper, Marlene or biographical theatre in general.