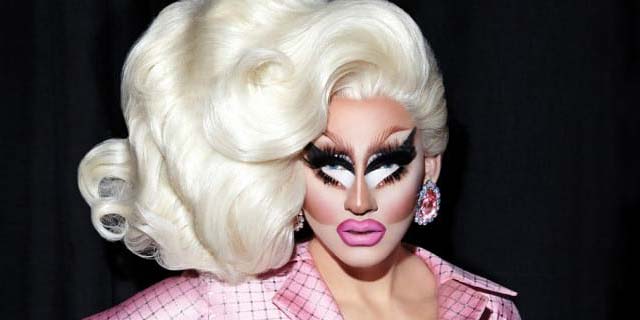 If versatility is a gay man’s best friend, then the Trixie Mattel Skinny Legend show is a show you need to see. That is not in any way to say that the winner of All Stars 3 only appeals to gay men this was a show that hit a lot of high notes. Whether it is singing, or comedy Trixie Mattel has all her bases covered and delivered a high energy performance.

The Holy T nights showcase local talent with the Bar Pop show team putting on the opening acts. Having seen the team across multiple shows and over a period of time one cannot deny that these guys have got a lot stronger and a hell of a lot sharper. They put on a super performance and I’m glad they form a part of these shows. Victoria Secret at this point needs to have her own show too, her performance of ‘Thank you, next’ was genius and I hope to see that again in future shows. The ever energetic Miss Blair delivered a fun and an exciting performances to the home crowd in her own city!

When it comes to the meat of the show which is obviously Trixie Mattel, I had no idea what to expect. Prior to the nights performance I can’t honestly say I was a Trixie fan but maybe I should have been paying more attention because Trixie below my socks off. This is a queen that can sing, play an instrument and do comedy. It’s not just the fact that Trixie can do comedy, but she has an incredibly sharp wit, one that I honestly would say matches that of Bianca Del Rio.

The audience were incredibly interactive, and I have to credit Trixie for that because it is clear that she can read an audience and bounces off an audience. Whether it is a rendition of Trixie Mattel or anecdotes about other RuPaul stars Trixie delivers and even if a joke bombs (you’ll get that reference if you were there) she can make the best out of it.

I have to once again give credit to Paul McAvoy and the team at Holy T who put on these nights. The one-woman tour concept is clearly working and paying off. As much fun as it can be to see multiple queens in one show it is clear from both Miz Cracker and the Skinny Legend that is Trixie that if you have a strong enough queen, they pull it off and run with it. After the Manchester performance I can definitely say that Trixie has a new fan, impressed is not a strong enough word.