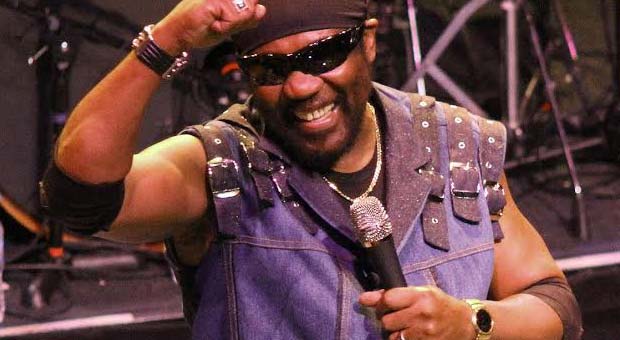 Toots and the Maytals

First time to Academy 1 a really roomy place for a gig involving a lot of dancing ( as it turned out ) Great sized bar both in the auditorium and outside, well staffed and not eye wateringly expensive. Easy to park at the 2 car parks behind the venue and the Contact Theatre.

First up was the support band, Captain Accident and the Disasters. No idea what to expect, but there was a decent crowd gathering so we joined them. A six piece from Cardiff, playing a mixture of reggae, ska and soul. Their playing was very tight and energetic from the start and the crowd got involved, appreciating a taste of the music to come. They moved easily through the 3 styles of playing and played a mixture of their own stuff and covers, with a very cool rock guitar type ending to the set. The crowd got excited, singing and dancing and were very appreciative of the chance of a good warm up for the main event. These guys clearly love playing to an audience and were very professional. Met them afterwards, bought some CD's and got one signed by the band.

Highly recommended. They are on Soundcloud and have Twitter and FB presence.

Next up, Toots and the Maytals. The original group formed in the early 60's.

( after all it's been some years! ) We were not disappointed at all. Toots is an energetic, enthusiastic and strong performer, with a vibrant voice we remembered well.

His band played brilliantly, a mixture of mature and younger musicians who have a great rapport and held the crowds attention. Toots loves his audience and clearly loves performing. His 2 backing singers were superb foils for his showmanship.

We seriously did not know where he got his energy from, 90 minutes non stop.

The audience lapped it up, screaming singing and dancing from the second he appeared on stage and no let up at all, every word of every song sung loudly by pretty much everybody in the auditorium. Have never seen such audience participation! All ages here too, from groups of teenagers, to 50 year old Rude Boys with their pork pie hats and Harrington jackets and some very senior citizens who could have been Toots's Jamaican contemporaries. All involved and full of joy. Even security were hopping about to it.

It really was contagious too, we danced the whole time and sang the songs we remembered and hummed the ones we didn't. We were hoarse with sore knees by the end but sang the songs in the car on the way home and chuckled at how good it was.

Highly recommend Toots and his Maytals, if you get the chance to see him live DO IT .