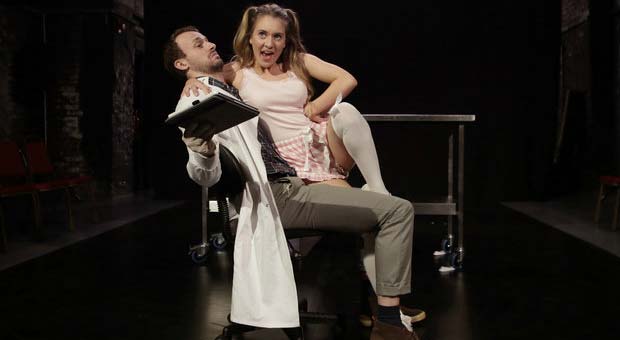 Vignettes is a series of 6 short plays, written by Manchester based female writers,  who have previously written for Radio 4, Coronation Street, HOME, Oldham Coliseum, Royal Exchange and more.

They have been commissioned by HER productions for a short run at Hope Mill, set to return in October.

The theatre was packed ( sold out for the whole run this time ) much excitement from the audience before the show.

Each of the plays deals with very different issues that affect women in the modern age. Staging was simple, there were minimal props on stage, yet the effect was intriguing and compelling , as lighting and sound was spot on to create each different setting, such as a laboratory, a bus, nightclub, living room.

Some of the issues raised were - the effect that pornography and the internet has had on the expectations from men on women in relationships, how social media has influenced friendships and loyalty, friendships and understanding forming in unexpected circumstances, grief, loneliness, poverty, single parenting, social pressure to conform.

Each one was very different and all were incredibly well done. The characters were funny, flawed and honest.

At some emotional moments there was utter silence, very moving. There was also a lot of laughter, some very funny fast paced dialogue. All felt authentic and real, we have all met women like these. Couldn't stop thinking about it the next day.