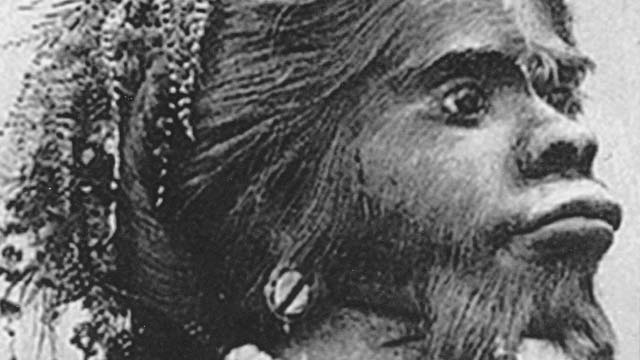 The Tragic Life and Triumphant Death of Julia Pastrana

The Tragic Life and Triumphant Death of Julia Pastrana, the Ugliest Woman in the World

This terrible, tender play tells the true story of a 19th Century South American Indian, who was sold by her family to the owner of a travelling freak show, where she was billed as “The Ugliest Woman in the World.” Not for those afraid of the dark.

“Ladies and gentlemen, we have to advise before the show begins, that the performance will take place in complete darkness, and that it may feel a little uncomfortable throughout.  We ask that you embrace this feeling, and please, enjoy the show.”

That was the 'warning' the audience received as we took our seats at the Hope Mill Theatre for the performance of The Tragic Life and Triumphant Death of Julia Pastrana, the Ugliest Woman in the World on Tuesday night as part of the Greater Manchester Fringe.  A little nervous, a lot excited, and somewhat concerned for the poor lady next to me in case I reached across in fear and grabbed her hand half way through, we embraced the darkness as the show began.

As the lights were switched off and everyone squirmed uncomfortably for the first few minutes in the suddenly unfamiliar darkness, carnival music began to swell, along with growing shouts and yelps; an unexpectedly cramped world of the unfamiliar, but believable, 19th Century.

The play, equally terrible and tender in places, tells the devastatingly true story of Julia Pastrana.  Sold in the 19th Century to the owner of a travelling freak show, Theodore Lent, Pastrana was born with a genetic condition that caused swelling of her face and thick black hair to grow on her chin.  The play proved that innovative and theatre need not rely on flashes, bangs, and expensive production costs – rather, taking place in the darkness, reminded us that the best – and worst – kind of fear is the one you imagine yourself.

We never see the characters, just hear the lament of Lent’s speeches, ebbing and bouncing around the darkness in a Southern States showman drawl – comparing sharply with Pastrana’s lyrical speeches and songs.  In the darkness, it felt as though the theatre was packed, filled with the hubbub of a carnival, shouts and squeals, footsteps and high-fives bouncing around the blackness.  There are clinks of money, a baby wailing, heavy footsteps, screams and spit and snorts – and both another audience member and I were convinced we could smell something strange and sweet – perhaps the embalming liquid that we could hear slopping around behind us?  There is nothing to see, only what you can imagine, and by the end my mind was definitely playing tricks (I was just about brave enough not to go for the hand of the person next to me though, well done me).

A truly stunning performance, and one we won’t forget in a hurry.