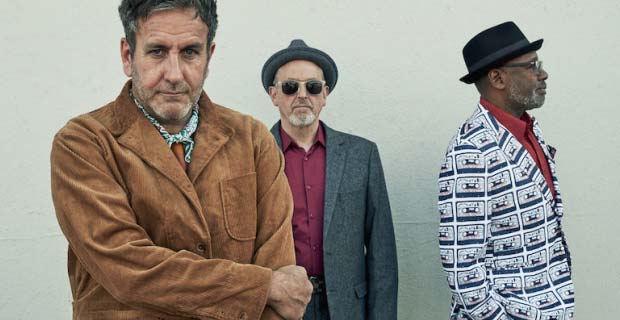 Early evening start with DJ Saffiyah Khan playing, then support the Tuts, a 3 girl band playing a bright and bouncy mixture of styles, could hear ska, punk, Bangles in there. Every song played was great and original, even got a mashup of Spice Girls Wannabe and Clash Rudie Can't Fail at the end. Venue was packed and crowd loved them.

Specials were a little late on, so anticipation was high. Stage was dressed as a protest march and the first song was preceded by loud sirens and searchlights, gave a great atmosphere. Crowd were on it from the start, dancing and singing with gusto.

It seemed as if we were back to being 16 again and the sound was crystal clear, the band sounding tight and Terry Hall's vocals sounding the same as back in the day. Close your eyes and relive your youth. We had a ball, singing along to hits from many years ago and songs from the new album Encore - Rat Race, Message to you, Rudy, Too Much Too Young, Monkey Man, Ghost Town, Gangsters, Nite Klub, Friday Night, Saturday Morning, and loads more. Dancing didn't stop and the crowds energy and appreciation was constant. This tour has had rave reviews and deservedly so. Highly recommend Specials live, and the Tuts too.

More at The Academy here.