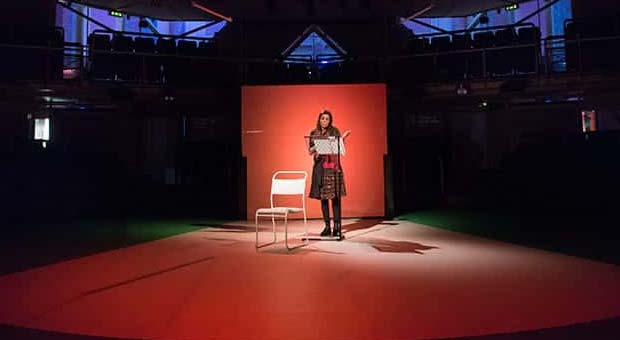 The word monologue means different things to different people, particularly to those of us lucky enough to be born here in the north. Here, the master of the monologue was Stanley Holloway, whose performance of Albert and the Lion (and several other monologues) has stayed with me since childhood. Much later, Alan Bennett perfected the visual monologue with his series of Talking Heads. Since then we’ve had other takes on the genre such as the Vagina Monologues, and Willy Russell’s Shirley Valentine, both of which have been revived and performed in Manchester.

The monologues we heard on Radio Manchester on December 31st at 15:30 are a different take on things again.

The Royal Exchange theatre and the BBC asked for monologues on the theme of women and the future, according to a few rules:

There should be a strong Greater Manchester connection

It should be performed by one person

The 5 winning entries were selected from over 200 submissions. All of them came from women (I don’t know if there were any entries from men), they are all are very good (and all but one of them breaks the 3 minute rule).

“A Girl Like You”, by Catherine Antrobus, provides the encouraging message is that everyone has potential, no matter how much people say otherwise. It will resonate with anyone who has ever been discouraged.

In “Dreams for our Daughters”, Peegen Murphy sympathetically explores how we only ever think of a brilliant repost (or summon up the courage to blurt it out) when it’s too late, and how we keep going back over (and over) things to try and make ourselves feel better.

Emmeline’s Army, by Hayley Doherty, movingly celebrates the strength of Manchester’s women, taking its inspiration from the IRA bombing. It’s the only poem in the winning 5, and is the only one that lasts under 3 minutes.

Jazz 24 by Libby Williamson, is an amusing and slightly autobiographical one sided conversation, where the narrator is saying she’s had enough and is moving on, using the medium of mobile voicemail.

Hand to Hand Combat by Jayne Marshall, is a hugely gripping story in which the teller doesn’t just walk on by when someone is being abused but intervenes, and thus encourages others to do the same.

All of them are excellent, and all are perfect examples of how radio is better than television because the scenery is better. This is the great power of the spoken word. We are all allowed to see things in our own way. Thus, in A Girl like You, you can see (and feel) Grace’s resentment; in Dreams for our Daughters I was taken back to the bullying on the school bus (and it didn’t only apply to pregnant teenagers); In Emmeline’s Army, I saw that surviving pillar box; in Jazz 24 I was on that tram; in Hand to Hand Combat I was in Market Street. Making things visual renders this impossible and indelibly implants what has been seen into memory, and we find it difficult to imagine things any other way afterwards.

If I had to pick a winner out of the winners it would be Hand to Hand Combat, for the sheer terror expressed in it, and for the gutsiness of the performance.

The half hour recording of them is available via catch-up on Radio Manchester.