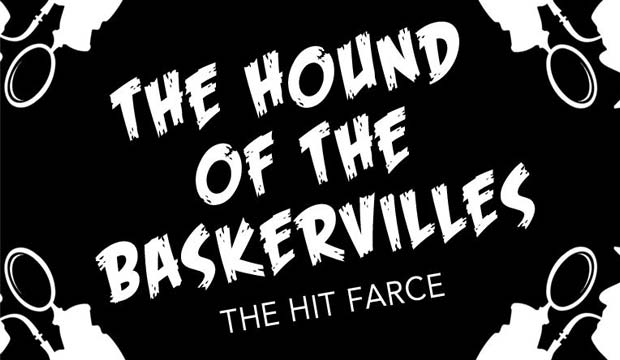 The Hound of the Baskervilles

Follow Sherlock Holmes and his incomparable sidekick Dr. Jane Watson on their journey from the streets of London to the Devonshire Moors as they attempt to solve the mystery of... The Hound of the Baskervilles!

As a student, I often went to see friends larking about on a stage with an audience of like-minded people in a warm and cosy atmosphere. Of such small starts, great things such as Monty Python were born. It is nice to know such improvised theatre still exists and this is a great example. Loosely based on the Sherlock Holmes story, the two actors of Northern Rep provide an hour of silliness and amusement, peppered with gales of laughter from the audience.

The audience was generally mature, so innuendo a la Kenneth Williams went down very well, and the encouraged friendly involvement of the audience added to the charm. The actors break the ice by asking everyone in the audience (nearly capacity, at about 30) their names, and then playing charades, with audience participation. Throughout, at the mention of “hound” the audience howled with gusto. It was great fun.

Lines like “So you think a dog came on him in Our Souls Alley” (say it out loud) proved smut still has its place in these p.c. days, thank God.

Next door indie bands cranked up their music, but even that terrible noise didn't faze the actors, who laboured on to provide an hour of entertainment greatly enhanced when they couldn't remember their lines and improvised.

A thoroughly enjoyable evening for those who enjoy silliness with a Victorian accent, I for one will be looking forward to the next production from Northern Rep, and Christopher Brown and Angela Hazeldine in particular.

The Hound of the Baskervilles runs until 25th November at the Kings Arms, in Salford.