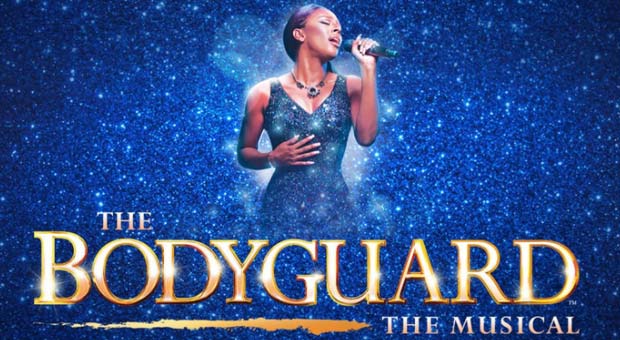 The Bodyguard at Palace Theatre 2019

It was back in 1992 that the world was gripped by the love story acted out between Whitney Houston and Kevin Costner. It’s been 27 years since the film of the same name was released and 11 years since the musical’s leading lady won a certain TV talent show but both have clearly stood the test of time splendidly as The Bodyguard’s return’s to Manchester for Christmas at the Palace Theatre and Prepare to be blown away as Alexandra Burke demonstrates she is the “Queen Of The Night” in the smash hit musical The Bodyguard.

Perhaps not the most obvious ‘Family’ Christmas show, but the musical starts with a powerful, concert-style performance which quickly gets the audience to engage with the production - kicking off the show with an energetic bang. The show features all of Whitney’s packed back catalogue and this makes it the perfect adult evening out. Indeed, Alexandra Burke does the songs justice and delivers a strong performance. Her voice seemed like she could have been battling the winter elements a little, but obviously her singing still makes Alexandra a star attraction and her control on big Whitney ballads like I Have Nothing, All The Man I Need and One Moment In Time is exemplary. She has everything you would want from a leading lady and The Bodyguard has everything you would want from a show.

Emmy Willow as Rachel’s cast aside and slightly bitter sister Nikki is outstanding. Her solo moments, Saving All My Love For You and All At Once, are elegantly sultry, and her duet with Alexandra on Run To You sees the ladies’ vocal tones complement each other magnificently.

As bodyguard Frank Farmer, Ben Lewis is suave, attractive and the textbook companion for Alexandra’s sassy and cool Rachel. The staging is excellent and clever use of split-stages mean that the identity of Marron’s stalker is obvious from the start. The Stalker is a role that requires little to no speaking but it is Phil Atkinson's chilling presence that put you on edge every time he appeared on screen or strode onto stage. Without spoiling it for anyone who hasn’t seen the show yet, the women behind me did have to comment “Wow! All my Christmases have come at once” as early on in the show Phil shows his extremely 'ripped' torso.

The Bodyguard is an accomplished production, overseen by Director Jason Capewell and Musical Director Michael Riley: songs, visuals, energetic dancing and top-drawer performances and Alexandra Burke and cast gave a dazzling performance. Just when you think it's all over the finale leaves you floating on air. Here in Manchester till 4th January 2020, singing and dancing is highly encouraged in the high-octane finale and it is the perfect way to end proceedings.

More info and tix are here