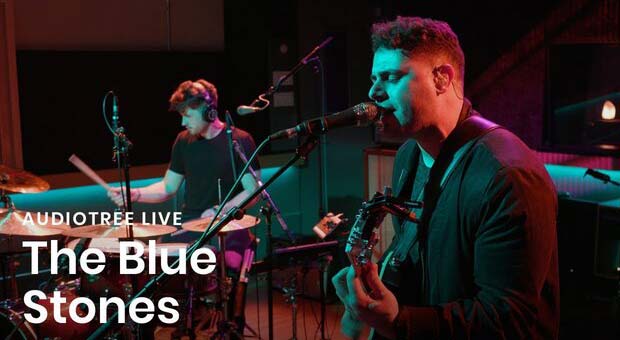 Canadian alt-rock duo The Blue Stones are back with a new album - and it's one to keep an eye and an ear out for.

The first single released earlier this week, Spirit, is a delicious concoction of noisy reverb and fuzzy guitars. It's The Black Keys and Greta Van Fleet, but it's not: it's something more. It's fiery and dirty, boots in the sand, sunburn and hot engines and explosive rock.

The rest of the album follows this space-rock formula, but pushes the boundaries between chaotic guitar licks and PBRNB; thick with catchy choruses and aching hooks from vocalust/guitarist Tarek Jafar. Track four, "Careless", is reminiscent of the engrossingly bleak post-apocalyptic early mixes of fellow Canadian Abel Tesfaye (aka, The Weeknd).

And the album's strength really lies in its ability to seamlessly fold these kinds of mellow moments with thundering drums and electrifying guitars. Just as Jafar admits to the inspiration for the album coming from having always felt "a little torn between two selves," the album takes these two psyches and plays with them defiantly. Indulging in funk, hip-hop, syncopated vocals, and strong bassy rhythms, the album shimmers. It's hard not to be caught up in The Blue Stones' world, it makes me wish I had been sooner. Don't miss this.

Hidden Gems, the highly anticipated follow-up album to The Blue Stones' 2015 Black Holes will be released March 19th 2021 via EntertainmentOne.