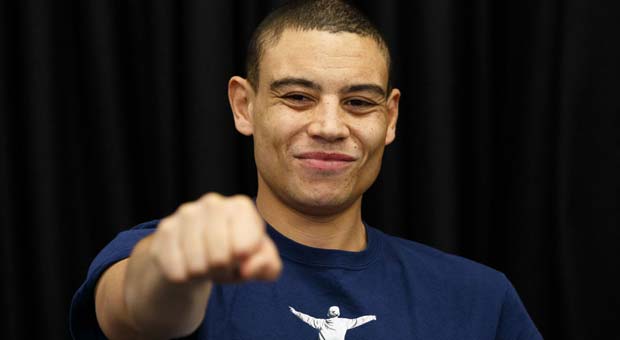 David Judge’s new play SparkPlug is really interesting, as it explores fatherhood, race, sexuality and masculinity. And it is never preachy, because it has a really naturalistic feel to it, which grips you. It is inspired by events in the writer’s life and is the story of a white man who becomes ‘dad’ to a mixed-race child called David.

It is set in 1983, and we are transported to a world which features Rod Stewart’s hits blaring out of a Ford Capri radio, owned by Dave, a stoic and proud man, who is keen to do the right thing. He battled with what is to be a man, but has a huge heart. But, because this is the 1980’s some of his views might seem at odds with the world we are in right now. But, he remains likeable throughout. And, this is because of the sacrifices he is willing to make for another man’s child.

David Judge is a force of nature on stage, as he plays a multitude of characters, and he has to explore a full range of emotions, playing a child entering a Michael Jackson dance competition, a ‘dad’ judged because his child is not the same colour as him, a jaded girlfriend who leaves for the family home, only to find her true sexuality, and an Irish mum who cannot accept a child who is mixed race.

There is a great deal going on here, and at times there is too much happening at once, and the play does feel about 10 minutes too long. There is some repetition too, some of it is meaningful. For example, the beautiful poetic language which coaxes, soothes and then confronts you, but there are other moments which are repeated too often, such as the construction of the car which takes you out of the narrative momentarily. And you are not always sure which character is being shown, because of the speed of the dialogue. This play needs to breathe a bit more, and some editing would allow it do that.

But, there is something that grounds this piece firmly and engages you throughout, and that is David Judge. He is athletic and prowls across the stage conveying animalistic qualities one minute and calm as a cucumber traits, the next. He is enigmatic and you cannot take your eyes off him, because he is not only doing the job of five or six people, but he has such mighty stage presence, that you find yourself immersed.

SparkPlug is a good play, but with some trimming and clearer transitions between the characters, it could be amazing.

SparkPlug is at HOME until 23rd February.

Details and tix are here