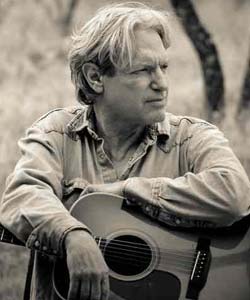 After a Peruvian train bombing almost killed him in 1986, Baker approaches life with a positive attitude – 'Life is a gift. I went through a lot of bitterness- a lot of anger. But those things are toxic'

His recent tour included The Bury Met and we were there..

Sam Baker with Carrie Elkin at The Met 1st November

Sam Baker was joined by good friend, Carrie Elkin, on his tour, 'Love Songs and Duets' which includes covers of songs they love and a selection of everyone's favourite originals. This was one of those dark, foggy nights when you think should I stay at home warm and cosy but luckily we decided that a night out at the Met was more appealing and I am glad that we did decide to go. We quite often go to The Met to see singers that we do not really know but enjoy. And enjoy this we did immensely. Sam has a wonderful, gritty voice perfectly counterpointed by the beautiful voice of Carrie. They started with “Love Hurts” which has never been my favourite song but their version was so raw and emotional that it has caused me to rethink that one. Sam sounded as though he had been influenced heavily by Johnny Cash but also Bob Dylan and, strangely enough, Patti Smith came to mind in a few of the songs. They said that the first half was the happy light part and after the break it became obvious when Sam told us the story of the time he was in Peru at a time when there was a lot of civil unrest. He was on a train when a bomb exploded very close to where he was seated and several people, including a little boy sat next time him, were killed. He himself was very badly injured and had to spend a lot of time and operations getting better. Luckily for us he is now recovered. However the memories are still obviously with him and these came out in a couple of songs, one about the actual event himself and one about all the low periods he had in rehabilitation when only a vision of the young boy who had been killed saved him from the drugs and alcohol he had to take to get him through the day. They are wonderful story tellers and every song was sung with such emotion that they took a life of their own. Far too quickly 2 hours had passed and we had to go home. Unfortunately this was the last night of their UK tour but when they come back I can only strongly suggest that you go and see them. This was one of the most enjoyable concerts we have seen it the met for a long time. I must say a little bit about the Met. This is a fantastic small theatre which has some fantastic shows and concerts. The staff are always very friendly and being small has a very intimate feel to it. I cannot urge you strongly enough to go and see a show here. They have a wonderful mixture of theatre and music to satisfy everybody’s tastes. The concert tonight was put on as a Mr Kite benefit by the wonderful Mr Steve Henderson and was for the charity “Freedom from Torture”

For more about The Bury Met.