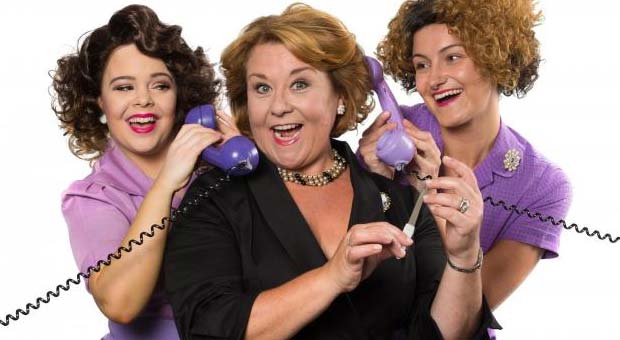 Salad Days at The Lowry

Originally written as a summer musical for the Bristol Old Vic's resident company in the 1952, Salad Days became the longest running show in musical history at that time. In an arrangement to avoid family demands, Jane (Jessica Croll) and Timothy (Mark Anderson) marry in secret (for Jane to avoid having to meet potential suitors) and Tim takes the first job that comes along (so he does not have to ask one of his aristocratic uncles for work). That job is to look after a piARno for a tramp…a piARno that makes people dance when played.

Julian Slade and Dorothy Reynolds’ musical has a definite nod towards Gilbert & Sullivan in the clever use of lyrics (such classic rhymes as Oysters in the Cloisters) and patter songs although, particularly in the opening number, the cast need to be crisper so that the words are not lost. I particularly enjoyed the company number We’re Looking For A Piano.

The 16-strong cast and 3-piece band fill the intimate Quays Theatre stage, beautifully capturing the feel of the time, with Croll and Anderson perfectly cast in the lead roles. Dan Smith multi-tasks as MD/Pianist and the mysterious tramp, who appears and disappears like Mr Benn’s shop owner. Wendy Peters, stalwart of stage and screen, offers her usual high-pitched Hyacinth Bucket as Lady Raeburn and makes a brief appearance at the opposite end of the spectrum as a Les Dawson-esque Aunt Prue.

It all gets rather surreal in Act Two, but is absolutely delightful and what ho – a pleasant excursion from larger shows that can take themselves too seriously.