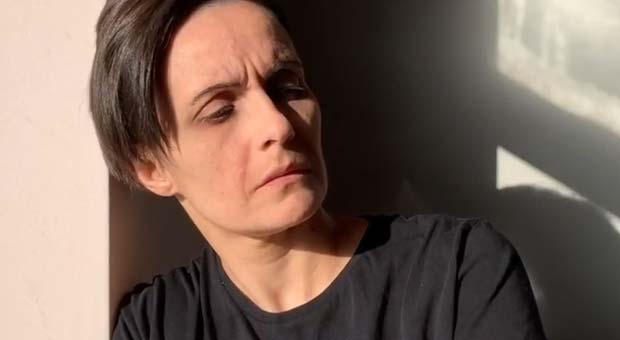 Review: The Past Keeps on Coming

Phil Pearson’s The Past Keeps on Coming shows you that creativity need not stop when we are living in isolation, as we are now. In fact, being on your own, thoughts racing round the track of your mind can make for a gripping drama.

We watch in awe as the camera focuses on a mother, looking back on her life. Sat staring out the window that we never see, she reminds us of ourselves – feeling trapped and focusing on the smallest details of our lives.

We now talk of the bird that visits our garden or flat balcony/window, the weather and how we may wake up and have a momentary lapse and forget where the world is right now, cheated by the sunshine as it beats down.

There is richness in Pearson’s dialogue that resonates. “The change in seasons trick you… you think you’re moving on,” says this lonely character as she faces you, head on. And just as you start to feel lost yourself, in this whole new way of living, the dialogue stings: “This is my purgatory without parole.”

Phil Pearson’s filmed monologue is very clever because we watch riveted because this woman trapped by her past, could be any one of us, right now. The simplicity of the film works wonders – shot in lockdown by the brilliant Emma Eckton who gives a mesmerising performance. With each fade, she reveals another side to her complex character’s personality.

There are times when the music slightly overpowers what you are watching, as it forces you to think a certain way. And to be honest, the performance and edits do that alone. You watch as a woman sits in her window, with the sun shining brightly on her face but there is no light in her life. And, it sums up the feel of this beautifully made short film, as everything about it is quietly deceptive.

As each fade begins, you are asking questions about who this woman is and why is she trapped, and the film drops you bird crumbs of enigma at every turn. This would make a great short play when we return to theatres. But, feeling that sense of isolation themselves means that Eckton and Pearson have crafted something from the heart which resonates way beyond the short run time.

With so much theatre online from the likes of Andrew Lloyd Webber and the National Theatre, this little gem could pass you by. But, don’t let it, as it shows you what fine talent we have in this beautiful city and it reminds you of the day we can return and celebrate it.

To watch The Past Keeps Coming, follow this link