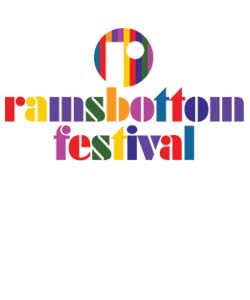 As a festival virgin this was the perfect venue to begin with. Although a three day event I only went to the last day as all the artistes I wanted to see and listen to were on that day. Saying that there were still 31 bands and singers to get through and that was the problem with a festival. You cannot see them all as there were 4 stages and many were on at the same time. However the ones I saw were all excellent.

An unexpected treat was Hans Theessink, a Dutch blues guitarist who gave a solo acoustic set which was truly excellent. He had the best story when he told us that he had played with Rufus Thomas (famous for “Walking the dog” and “The funky chicken”) who, at the age of 80, still goes on stage in silver lycra shorts covered in blue stars and a frog green lycra top.

The outstanding act was The Neville Staples Band. Neville used to sing with Specials and Fun Boy Three and he brought out quite a few of their hits including “The lunatics have taken over the asylum” and “Ghost town”.

They had the biggest crown that danced and sang all the way through the set and every song was greeted with rapturous applause. The highlight for me was Cara Dillon. She is an Irish folk singer with a delightful voice and a seasoned festival favourite. Her 50 minute set was a mixture of Irish music and beautiful ballads with Cara and her husband Sam Lakeman on the piano. The only problem was that the sun had gone done and it was absolutely freezing.

Cara had to leave the stage at one point to get a warm and comfy cardi. After a 30 minute wait in the gathering cold the crowd were certainly warmed up in the presence of main act 90’s dance legends Soul II Soul.

The audience were enjoying themselves with dancing in all areas of the arena. Main man and originator Jazzie B was manning his decks on a platform in the centre of the stage and the fantastic voice of Caron Wheeler swooped across the crowd. But Soul II Soul are a live band and the other musicians were also excellent as we were rewarded with the hits “Back to life” and “However do you want me”. After an hour of perfect RnB and soul it was time to bring this year’s festival to an end. Despite the cold weather at the end of the night the day itself had been warm and sunny and not overcrowded so that there were very few queues for anything.

There were so many other bands and singers that it would be impossible to talk about them here but I can thoroughly recommend that, if you want a good value festival, you attend the Ramsbottom Festival next year. This is the fourth year that it has been held and is already planning for next year.

If you would like to find out more about the festival visit ramsbottomfestival.com.

By the way, if you were wondering where the name Ramsbottom came from (probably not) it has nothing to do with 'rams' in any form, the derivation being from the pre 7th century Olde English word 'hramsa' meaning garlic and 'bopm', which strictly speaking means land at the bottom of a valley suitable for agriculture.