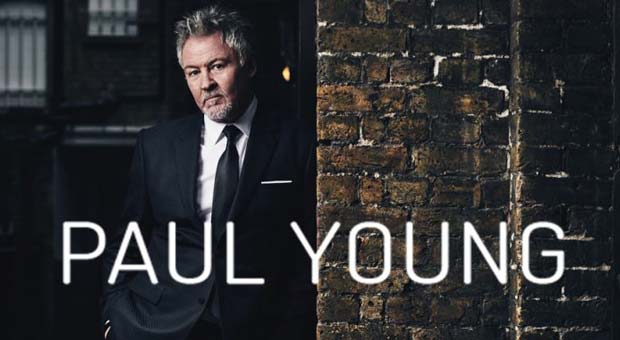 Academy 2 on 20th March, rescheduled from February. This date was one of the last of Paul Young's tour, with China Crisis supporting.

Academy 2 is a standing only venue, based in the old University Refectory building on Oxford Road, amongst Manchester University campus. There is a lively student bar on the ground floor which is useful for a pre or post gig get together. Drinks prices are very reasonable.

China Crisis were supporting Paul Young on his current tour. The Manchester date was one of the last few in the tour, rescheduled due to Paul Young's recent family bereavement.

They hail from Kirkby in Liverpool, forming in 1979. The band on the night consisted of 2 original members, Gary Daley and Eddie Lundon, accompanied by a saxophonist and keyboard player.

They obviously enjoy performing and are very engaged with the audience, who were dancing and singing along with the better known of their songs. Memories of 80's dancing and clothes come flooding back on hearing the hits such as King In a Catholic Style and Black Man Ray. Lots of the audience clearly remembered the 80's era and gave the band an enthusiastic welcome.

The lead singer chatted in between songs with memories and new information to all who weren't die hard fans, such as how their 'Flaunt the Imperfection' album ( being toured in 2018 with full band, the whole album being done live ) was produced in 1985 by Walter Becker of Steely Dan fame. The song which followed from it did have a real Steely Dan sound to it and was greatly appreciated by the audience.

Good fun to see a band really enjoying themselves performing live and great to relive some 80's memories and marvel at the size of our shoulder pads in those days.

Paul Young was on next and was welcomed by a very warm crowd. I'm sure it was understood by the whole room that to carry on the tour so soon after his very sad bereavement was pretty heroic. Again, hearing such hits as Common People and his version of Wherever I Lay My Hat were great memory jerkers into past 80's glories.

Paul clearly loves performing and was very much the showman at times, strutting around and flinging the mike stand around with abandon. He also played guitar on a couple of songs. His lead guitarist played some cracking solos, really rocking out, in contrast with the jazz feel of some of the programme. The band worked well together and the sound quality was very good.

It's no secret that Paul Young has had voice problems in the past, and there were times when his distinctive voice lost momentum, the audience filling in the gaps with gusto and thoroughly enjoying themselves in the process. Clearly he still has a strong fan base in Manchester.