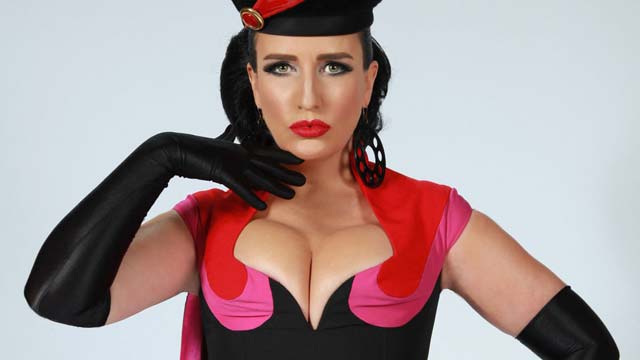 Pam Ann at The Lowry

After not seeing Pam Ann (aka Caroline Reid) for sometime - I came to the Lowry excited to see the new material - sadly this was not the case!

Reid’s alter ego Pam is a camp and bitchy flight attendant - she gives you comedy, smut and does not let any gender, race or creed off the hook!

If you have not seen Reid before like my partner, it can come across as quite shocking!

The start of the show took sometime to get going due to Reid talking at length with audience members who then completed the section by doing a Spice Girls routine - I felt this could of worked better by having it after interval.

The second half started with Reid rolling about the stage in a pile of powder (cocaine) -  The mainly gay male crowd lapped up the comedy. Reid offers endless lewd/outrageous talk, does some funny Asian accents and reanimates the airline industry stereotypes – Air France are snooty, BA sound all horsy like Camilla, flight attendants are promiscuous, easyJet passengers are riff-raff, and so on.

One joke pokes fun at the disappearance of Malaysian Airlines flight – mainly poked at Asian audience members as she milks the sexual innuendo of the phrase "black box" - this came very close to the line but still got the laughs!

Reid’s alter ego has been around for sometime and has a massive following, but what is needed to make this act better is new material!