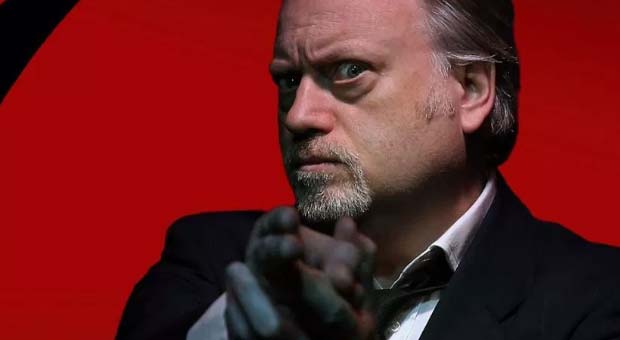 Where does he get the energy? This one man performance runs through every Bond film chronologically, with writer/performer Brian Gorman performing all the parts you can remember. Some of his impersonations are outstanding - I particularly liked Sheriff J. W. Pepper, and his interpretation of Jaws - and his voices of the Bond characters range from very good - Sean Connery and Roger Moore - to not, but perhaps that's because the characters he impersonates make so little impression compared to the giants of the past!

Definitely a play for those who love Bond films and can understand the in jokes (for example there is one Bond film where he just gives the title and says - "No" - this gets the biggest laugh of the night- but can you guess which one it is?).

Some of his impressions are very evocative - the Daniel Crag ball-tickling event, for example - and every film ends with a "BOOOOM" literally.

The Kings Arm Theatre was a bit of a sweatbox, but the small audience () mostly men) enjoyed the show, which deployed minimal props and set - I remember only Blofield's cat coming into play - and no change of costume. A 15 minute interval was welcome, however, by both audience and, I suspect, performer.

Worth catching if you are a Bond fan, though this is the last performance at the Fringe, the tour of One Man Bond goes on, to exotic locations to rival the ones in the film, such as Blackpool, Bury and back to Manchester in November.

Will Haven for Canal St Online.