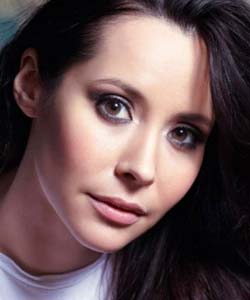 It’s been a while since Nerina Pallot has been on Manchester (albeit Sale ) stage, but the Ivor Novello and Brit award nominated singer-songwriter has been far from idle.

Indeed, in 2014 she set herself the challenge of producing a new EP every month.The most recent of these, Small Things, was released on September 30.last nights show at WATERSIDE ARTS CENTRE,turned out to be the perfect venue for several reasons.Not least due the friendliness of everyone in the venue.

Her unique blend of acoustic and folk rock,bounced beautifully off the walls and a packed house full of obvious devotees,loved every minute of it.

As she came to the stage,she announced the programme would a combination of old and new tracks and thats exactly what we got.Personal favourites included,"everyones going to war","Learning to breathe" and the sublime "Sophia" as her finale.

We first saw Nerina more than a decade ago when she was on tour with Joseph Arthur,And, just as he does with his own material, Nerina handcrafts the artwork for each of her releases too.

One of the things i most admire about great artists, is their confidence in sharing the stage with talented performers.Not only a superb trio of backing musicians, but also in the shape of her support duo.

Jodie Marie and her musical partner Sam Taylor have just set off on the road with Nerina as the support slot on her latest UK tour. With only a few dates of the tour under their belt, it is clear that Taylor and Marie, as they are known together, are a hit, With Twittersphere going crazy after each performance, it is clear that it is only a matter of time before they sell out their own tour.

Their opening version of the John Hegarty classic "Bad Moon Rising",showed something really special with some beautiful harmonies throughout the all too short set.

Their obvious wit being certainly one of things they share with the Feminist and quietly fiesty Nerina.

All in all, the evening was a rare joy and judging by the long queue for CD's and EP,s there was no shortage of sales opportunity for the great British gem that is Nerina Pallot.