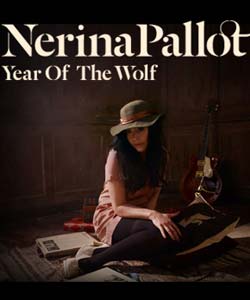 It's not often that the same song is performed live in the same city on the the same night,but in Manchester last night when Nerina Pallot sang the Ce Ce Peniston classic,'Finally',across town,the cast of Priscilla Queen of the Desert was doing the exact same.
There ends any similarity.Nerina's performance in the hallowed Royal Northern College of Music,was one of many surprises.
Resplendent in a distinctive Green dress,she completely engaged her knowledgeable audience,with a mix of her original songs,with one or two other cover versions and all littered with witty tales of her previous lovelife,her nervousness and her long suffering Husband,who we were told was in the audience.
The next surprise involved the clarity and subtelty of her voice.Many of us who have followed her career over the last decade,were treated to much of her back catelogue,especially from her hugely successful 2005 Album 'Fires'.
Next surprise involved her tremendous talent at both Piano and Guitar.Whilst clearly more comfortable at Piano,Nerina accompanied herself through 'Idaho','Damascus',Geek Love' and the Joni Mitchellesque 'Sophia'.
Her influences clearly have come from artists like Kate Bush,Tori Amos and the aforementioned Mitchell,all of whom,would be very proud of the association.
Then to Guitar,with stunning acoustic versions of her biggest hit 'Everyone's gone to war' and 'Put your hands up'.
Charismatic, Nerina is a real revelation (though that implies we didn't think she'd be too good),real, talented, even awkward to some extent.she is hugely likeable, Holding the audience through her eccentricity,for the entire evening.
Our time together was all too short and Nerina left the stage to rapturous applause.
No surprises there.

And the one song we wanted to hear http://www.youtube.com/watch?v=2tE28_CHDVg