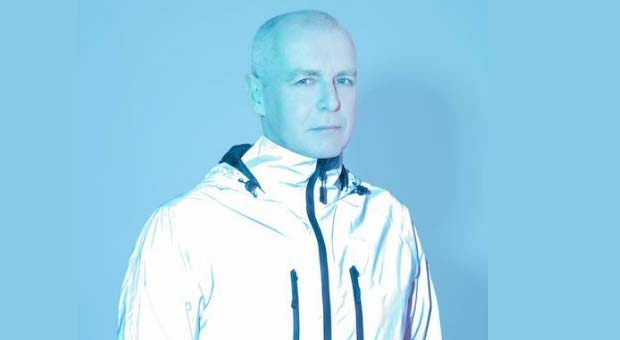 Pop music in the 80s didn’t exactly brim with insightful lyrics. Stock Aitken Waterman were major culprits (couldn’t they have found another word to rhyme with ‘lucky’?) but then again, the charm of the pop single is often that it is disposable and throwaway.

One band that has always bucked this trend are Pet Shop Boys. Combining seductive melodies with lyrics always worth investigation, the duo has kept our feet moving as well as our brains active for 13 studio albums across four decades.

So it made perfect sense that PSB lyricist Neil Tennant should discuss his work with poet Andrew McMillan for the opening event of the 14th Manchester Literature Festival.

The RNCM theatre was filled with adoring fans utterly engaged by Tennant anecdotes such as almost working with Nina Simone, challenges deciding the set for their 2020 greatest hits tour and choosing to be grammatically incorrect using ‘if I was you’  on the Patsy Kensit hit “I’m Not Scared” because it sounded more threatening. The fan pointing this lyrical faux pas out was advised to ‘get over it!’

Tennant was keen to make the distinction between a lyric and a poem. He doesn’t class his work as poetry because it is written to honour a song rather than act as a stand alone piece of prose. He revealed that he likes to find more unusual subject matter for his lyrics with much of his inspiration coming from books. Including unlikely words like ‘haversack’ (“Being Boring”) is another challenge.

As a child, Tennant’s family only owned four albums including the original cast recording of “My Fair Lady”. He cites the songs from the Lerner & Loewe musical as major influences on his own writing. As former editor of 80s pop bible “Smash Hits” he was fascinated by the structure of the pop lyrics he had to check, finding the simplest lines the most effective though he found Spandau Ballet’s “True” lyrically cramped and was tempted to do a re-write so it would scan better!

Tennant’s songwriting brain is always switched on, tuning into snatches of overheard chat for inspiration as well as his own conversations, “You Only Tell Me You Love Me When You’re Drunk” being an example of something he once said then immediately had to go and write down.

An audience Q&A gave the fans a chance to quiz their idol who concluded the talk with a reading of the lyrics to album track “Your Funny Uncle” before leaving the stage to rapturous applause.