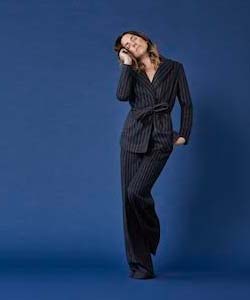 Following the recent release of her album 'Version of me' Mel takes to the road including the O2 Ritz in Manchester and here is our review..

The support group for the night was an artist called Alex Francis who was one of time out magazines rising stars last year. A distinctive soul/pop/rock sound of three guitars in a five piece band which nevertheless provided us with some highly catchy songs. The highlights being his new single "make believe" and "last time". After supporting Melanie C on tour he apparently has quite a few festivals lined up over the summer and his sound should be ideal for them.

This was the 3rd leg of the international tour in support of Melanie C highly anticipated 7th album, "version of me" and to be honest neither myself or my partner were sure what to expect as we both had limited knowledge of her past albums.

The album was described as lushly atmospheric and we wondered what that meant when it came to a live stage show.

It turned out to consist of an impressive background light show and music provided by not one but two electric keyboards as well as a bass guitar and drummer. As you would expect the show ran through the "version of me" song list but several stood out for us. The title track, "something for the fire", "anymore" and later on in the show "blame" and "unravelling" all had the audience which was mainly in the 25 to 40 age range clapping and swaying along. The close to capacity audience particularly loved and had no inhibitions in joining in with her earlier songs "never be the same again" and "I turn to you" which is one of those songs you can't get out of your head. From the moment she swaggered out onto the stage in her version of the little black dress designed to frame the famous tattoos not hide them, she exhuded a confidence and performed every song with gusto.

Her voice is very strong and she must have been excellant in the role of Mrs Johnstone in Blood Brothers as she was Olivier award nominated. Melanie C is not a talker or storyteller on stage she just gets on with the next song although "Northern star" was dedicated to her daddy who apparently was there in the audience.

The only spice girl number of the night was "say you'll be there" with the audience filling in for the other girls. One track that wasn't hers was a cover version of another can't get it out of my head song "Human" by Rag N Bone which she did beautifully before commenting that you shouldn't really cover a mean looking b****** song.

At the end she brought Alex Francis back onto the stage and they performed a duet "Hold on" which they have apparently recorded together. Melanie C provided us with a very enjoyable night  and the fact that she did it relying on her own work after being part of such a successful girl group is very impressive although she did sneak in a cheeky girl power at the end.