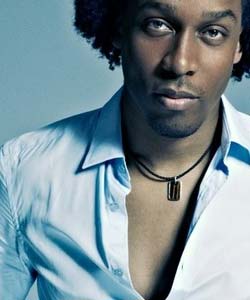 Lemar at The Milton Club

Singer Lemar performed in Manchester last Friday night at the http://www.themiltonclub.co.uk/about_us and clearly has a great local following!The set was followed by fantastic after-party that has certainly put my Friday nights back into action! Thanks to the Kurtis and the fun and fab guys at https://www.facebook.com/TheMiltonClub

Lemar? Has it really been three years you have been away from the limelight following Fame Academy?

Lemar was not shy in bringing his performance of his first release ‘The Letter’ to an eagerly awaiting audience, leaving them and me…truly satisfied!

Wearing a beautifully presented subtle blue shirt and dark trousers on a very hot and sticky Friday evening in Manchester, Lemar added to the sophistication of his performance and the wonderful surroundings’ of The Milton Club.

Opening with a great set and memorable new single ‘The Letter’, Lemar sings with his soulful and enigmatic voice acoustically as well as great dance numbers.

In the audience with us - was fashionista JSky and was clearly enjoying the atmosphere and party mood of this celebration of Lemar bringing his album promotion to Manchester.

Lemar tweeted: “Thanks to all who came out tonight! @TheMilton_Club - Great hosts... and what a venue. Classy people.”

Sounds like the perfect end to a perfect night!