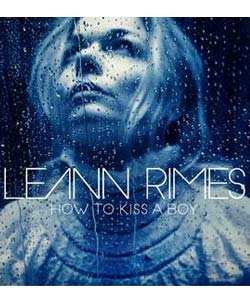 LeAnn Rimes was last night at one of our favourite venues the Bridgewater Hall.

Amusingly MS Rimmes took to the stage wearing a Van Halen T shirt, supremely ironic that a global country star should blazen a rock band on her shirt.

Or maybe just a great sense of humour?

Anyway, as this was the first time we had seen LeAnn, we were'nt completely sure what to expect, but myself and my date for the night, were both was very impressed from the off.

Neither of us had realised what strong a voice she actually has and the entire show was clearly designed to show it off to its best effect.

Her backing band of just two guitarists, a drummer and a female keyboard player too, were obviously very talented and at no point overshadowed LeAnn herself.Indeed in several songs they just stopped playing all together and simply let her voice do all the work.

She was brave enough to rework some of her many hits and entwined them with music from her latest album.

Not for her the greatest hits route favoured by many artists. New versions of 'One Way Ticket' and 'How do I Live' were both excellent and complemented very well with some newer songs like  'Mother' and 'Love is Love' with both the latter songs accompanied with little anecdotes about her relationship with her own mother and a story on how she lost her uncle to HIV when she was 11.

She performed a beautiful acoustic duet section before finishing the evening (after a solid 90 min set) with a dance medley built around 'Can't fight the moonlight'as she literally bounced around the stage and genuinely looked to be enjoying herself.

Her encore was a lovely version of Elton Johns 'Rocket Man', which was enthusiastically applauded by her loyal audience with its mix of all ages and genders ranging late teens to early sixties.

The support for this gig was Dan Layus whose sound was pure Nashville, Tennessee.

The country sound of an acoustic guitar and violin accompaniment blended well with his slow soulful voice and he went down well with an audience which had a strong contingent of returning LeAnn Rimes fans.

Discovering LeAnn Rimes in our 50's is somewhat similar to someone giving you a generous glass of a mellow Scapa Glansa or a Jura Tastival for the first time.You will never drink Bells again.

For more about what is coming soon to the Bridgewater Hall.