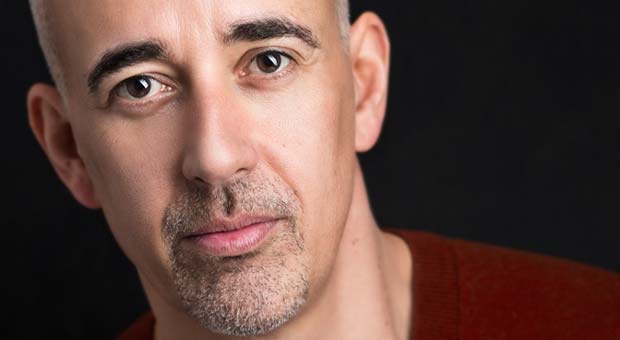 Jock Night 2 + at The Lowry

If anyone had doubts about the current state of new writing for theatre, then #Outstageous last evening at The Lowry proved that it's in very good shape.

Adam Zane and Mike Lee have pulled together a collection of LGBTQ writers to showcase 11 pieces carefully chosed from a much larger list.

We were treated to short excerpts from each submission and all of them managed to engage the audience in one way or another.

The opening piece 'Kings of idle land' by Connor Hunt is a nicely constructed dialogue of discovery between two teenagers (one of them Muslim) in Oldham in 2001.

Set on a park bench, the exceprt has great charm and is well portayed by actors Sebastan Singh and MJ Manning.

'Reign' by Daniel Waterhouse and performed by Adam Waddington is short, but very sweet and echoes recent events with out gay men becoming Lord Mayor's in Greater Manchester.

'His hands' is a short film by Little Dear Films and is a moody piece, full of high quality imagery and structure and caused a bit of a chill to descend.

This was without doubt the talking point in the bar.  as audience members we spoke to debated what the actual out come had been, having been left wondering when the film ended?

The penultimate piece before the break was 'Convert' by Daniel Waterhouse.

Joel and Anthony Sadler-Puckering's 'I know why the gay man dances' takes us happily to the interval, with dialogue by Johnny Read and wonderfully danced by MJ Manning.

They cleverly rewrite Madonna’s Vogue, substituting the original list of celebrities with gay ones, this is very smart and is performed energetically.

Jock Night 2 (which opens the second part) has four gay men preparing for a night out (presumably at Eagle or similar). It explores relationships and trust, and has humour and serious sides to it.

'Reared' by Daniel Waterhouse is another of the 4 monlogues under the umbrella of 'Queer talk'.

All four are clever and very well played.

'Pastel Pride' is a delightful insight into how people react to and engage differently with Pride celebrations.

Two pride revellers, who have clearly 'indulged', stumble across a friend who is quietly writing some poetry.Xenia Lily then cleverly takes us on a short journey of a developing understanding that we all celebrate pride differently.Its not all about wearing rainbow flags and partying.

There ARE other ways too.

'Pink and Bloom' again by Daniel Waterhouse as part of Queer Talk follows next.

Last ( well almost) is 'There’s Something I Need to Say'.

Written and performed by Rob Ward the piece twists and turns with exchanges between mother and son that are hilarious.

Sue McCormick as mum, is an inverted snob who reveals a surprise to her son, who has just come out to her as a Corbyn supporter.

Biggest laughs of the night for this one and a fitting end (nearly) to the evening.

We finish with 'Pride' by Lee Johnson and read by Keaton Lansley.This is a nice rewrite of The Night Before Christmas and leaves us with food for thought as we all head for post performance drinks and the inevitable conversations.

Most of the above submissions have a slightly political angle though this isn’t laboured and all take an honest look at LGBTQ life with all the idiosyncrasies involved.

An excellent evening with something for every audience member, which resulted in a warm and extended appreciation.

By Iain Scott and Paul Schofield for Canal St Online.