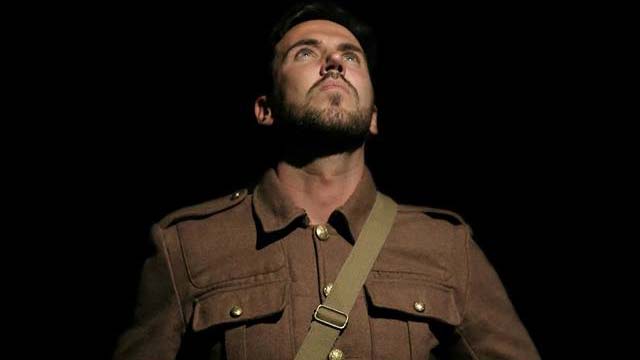 Heaven to Hell at Salford Arts

From Heaven to Hell is a touching love story following the joys and struggles of a romance during the First World War, depicting a fictional account of a group of friends from Salford, as they enlist and then serve for the Salford Pals at the Battle of the Somme.

Our second event of the Greater Manchester Fringe was at the Salford Arts Theatre; a story, based on true events, of the Salford Pals who fought at the battle of the Somme in 1916.

A seven-piece cast contrasted the tales of those on the front line with those left at home, and the difficulties faced through the relationships between them.  The venue’s shallow stage and its close proximity to the seating left us feeling as though we were right up in the action – from the jokes at the Salford pub to the trenches of France.

Directed by Sue Jenkins, perhaps better known for her acting roles in Coronation Street & Brookside, all of the cast were strong – but we were especially impressed by Danny Clifford and Peter Ash’s portrayal of Harper and Jones. Their performance showed the very human side of a story often reduced to statistics and numbers – and was respectfully dedicated to the almost-700 men from the 1st Salford Pals who fought and died at the battle of the Somme.  A percentage of all ticket sales were also donated to the British Legion charity.

Although the play was harrowing, the relationships were equally heart-warming, and showed the strength and bravery of the Salford lads, whose sacrifice will not be forgotten.