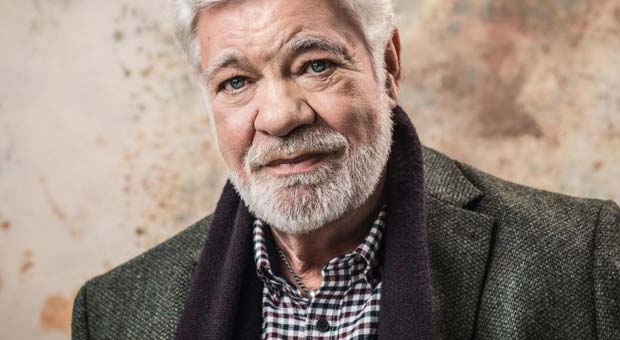 Habit of Art at The Lowry

The Habit of Art is a play about a play within a play. The play we see is set more or less in the present. It’s a run through of a play (Caliban’s Day) in rehearsal that’s set in the late ‘60s about a fictitious meeting between W H Auden and Benjamin Britten, and covers a large range of topics and emotions, sometimes with humour, sometimes not so cosily.

The relationship between the playwright and the director is also explored and we have, possibly, what Bennet himself recognises as “The Writer in Disguise”. Neil, the playwright of Caliban’s Day doesn’t like the way his masterpiece is being hacked about. Bennet also had difficulties when large swathes of text were cut from his own works.

The fiction starts when Britten visits Auden, seeking assistance with his latest creation, during which Auden becomes the one who is hacking huge swathes out of the libretto. Not very surprisingly, after a few bits of small talk, old bitternesses resurface and Britten leaves empty handed – both physically and metaphorically.

Most people on stage have two characters. Matthew Kelly thus has to switch between Fitz the actor and Auden, whom Fitz is playing. He does this with enormous success.  David Yelland has to switch between Henry the actor and Britten, whom Henry is playing. Both these characters are played as a bit precious and put me in mind of John le Mesurier. Again, very well done.

One other vignette that had us falling about is when John Wark (who plays Donald who plays Humphrey Carter the interviewer) tries to big up his role in Caliban’s Day with his own ideas.

The rest of the cast have their collective hands full dealing with Fitz’s and Neil’s rants, but somehow it’s all kept under control by Kay the Stage Manager (played by Veronica Roberts) , who keeps things moving along so that battle lines can be redrawn on the morrow.

All in all, it’s a great revival.