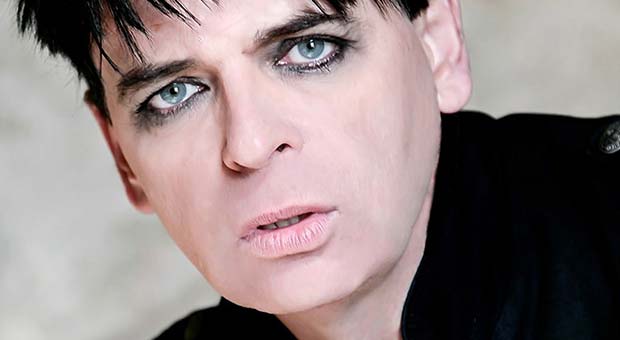 Delightful Stoller Hall with its charming staff, bright airy modern welcome and "pin drop" acoustics is host to this electronic music pioneer having hits from as early as 1979, for an 'in conversation' event.

Stage was set beautifully, and colourfully lit, decorated with an array of memorabilia, including original costumes from shows/videos, musical instruments and the original car from his first album cover, so anticipation was palpable.

His interviewer was skilful in drawing Gary out, as he is very shy, and the result was honest and heartwarming. There was a chronological pattern to the interview, rather than free form. Discussions included his mental health from being a child/teenager, and his struggles all his life with what sounded like Aspergers and bi polar type symptoms and his performance anxiety whilst a music star.

He has also flown planes for a hobby, giving up when his children came along, as most of his colleagues had been killed in aerobatics accidents

Along with his wife, who was a lively contributor from the audience, we learned of their problems with fertility issues ( disarmingly honest ) and the mercurial nature of cash flow when in the music business ( which they seem to take in their stride ) . Gary also opened up about his fear of aging and death, including the loss of a baby during attempts at starting a family, which has also influenced his songwriting.

There was plenty of laughter and some tears shared with the audience, most of whom were obviously devoted life time fans.

A recent tour was hugely successful and there are plans for another album, which may be crowdfunded. We got the impression the audience were thrilled about this. Clearly Gary is still hugely popular, an honest and very authentic individual , with no pretensions and devoted to his family, as well as continuing to make innovative music.

We left as some fans were gathering for a further personal meeting with Gary, clearly very excited. Such a pleasure to see a music hero from teenage years still able to connect with supporters. A very pleasurable evening.