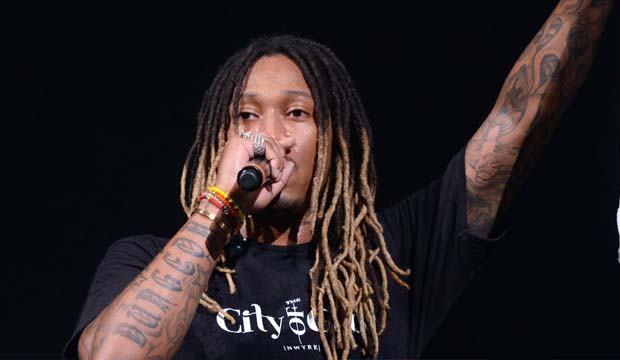 The American rapper officially became the first artist to ever knock his own album out of the #1 spot with another one of his albums. Future released the self-titled FUTURE on Feb. 17. One week later, the artist then dropped a second album HNDRXX (pronounced “Hendrix”) which is the new champion.

On the back of his hugely successful HNDRXX album, Future graced our city for the first time ever last night, for the first of three UK dates at the end of his HNDRXX tour.

The show started with a brilliant nod to the early days of dial up internet with a great audio visual montage featuring sights and sounds we haven't seen since we were running on Windows XP. And boy were we pleased to see him.

Every single song was greeted with a massive surge in the crowd and you'd have thought each and every one of them was his biggest hit. The level of excitement was infectious and even our very tired selves (worn out from far too much fun the night before ) couldn't help but be swept up by it.  Particular hits with the crowd were Karate Chop, his Ace Hood cover of Bugatti, Low Life from his 2016 album Evol, and Mask Off to close the set.

Up next are the final shows of the tour in Birmingham & London, which we're sure will get a huge boost from Future also dropping his mixtape Super Slimey with Young Thug last night, to immediate rave reviews.  We're off to listen to it and hope for future dates back in the UK soon for the rapper, and will count down the days until we get to see him deliver another incredible gig.