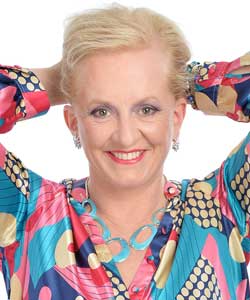 Dillie Keane live at The Lowry

Dillie Keane takes a short break from her Fascinating Aïda gal pals to present her first solo show in 558 years (she says).

With some brand new songs, some grand old favourites, gorgeous songs of love and songs of disgraceful filth.

We were there on her recent visit to The Lowry and here is what we thought..

"Award winning actress, singer and comedian, Dillie Keane graced the Lowry Theatre with the supremely talented pianist Michael Roulston. We were fortunate enough to be there for a wonderful evening of entertainment.

Keane is normally known for performing as part of Fascinating Aida but for the rare occasion of Spring 2017 she has been performing solo with songs about love and relationships. Of course, for those of you familiar with Keane you will know that she has a take on love mixed not only with hilarity but also tenderness.

Whether it be a song about all those things you might not be able to talk about in a relationship to a song about how much she wishes she could be a lesbian this act has wide appeal. Keane has said she would not do an autobiography because her life isn’t done yet but her songs and stories paint the picture of a full, interesting life and someone who really doesn’t like men in tacky nylon jumpers. On what is sometimes a sombre note Keane has some interesting encounters with fortune tellers, the final story of the evening which involved “reincarnation” left myself and the audience in stiches.

Keane is such a graceful guest that immediately after the show had ended she stayed behind to greet the audience. We were delighted to be able to say hello and thank her for attending. We would like to say a huge thanks to the Lowry for inviting us along for the evening.  When no doubt Dillie Keane does visit Manchester again whether it be a solo act or as part of Fascinating Aida I highly recommend that you put her into your diary as she really is every bit as charming and funny as you can imagine".

For more about her, visit here