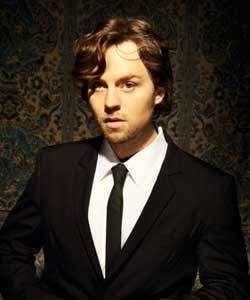 The tour promised us a heady showcase of songs from Darren’s entire career spanning Savage Garden through to his current solo album Secret Codes and Battleships - 6 albums and 15 years of music.This is exactly what we got.

Last night at The Bridgwater Hall a packed to the gunnels venue, witnessed one of the great Australian Singer Songwriters perform a mix of both his Savage Garden classics, aswell as his many solo hits.
The adoring audience,many of whom had clearly seen Darren Hayes before,responded to early banter aimed at them,as he thanked them for,as he put it,"sticking with him".
The set list was a well judged combination of his ballads were he demonstrated what a superb live voice he has,together with several of his well known tempo songs 'Affirmation' being the best known because of its strong ,relevant,messages.This,in particular,resinated with the LGBT section of his audience.
Our highlight on the night had to "I Don't Know You Anymore"which had Darren alone on stage,in a dressing room setting, with just keyboard backing.The capacity audience was silent throughout,[no mean feat in itself]and were treated to a haunting vocal of exceptional quality.Highly emotional.
Other highlights included "The Animal Song","Truly Madly Deeply" and a great dance version of "Insatiable"..
To quote Darren "i have been doing this for 20 years,15 in front of you".How very lucky we are that his early record company decided to stick with the 'dancing,sex face',and recognised the hopeless romantic that is DARREN HAYES.