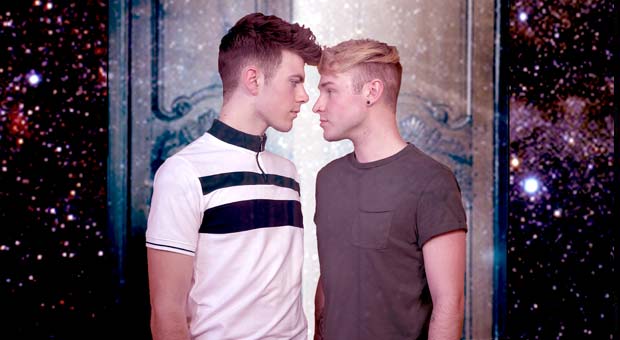 It’s 1988, 16 year old Henry is struggling with his sexuality, identity and daily battles with his mother. He goes inside his closet and unexpectedly time travels to 2018 where he meets 16 year old Ben living in the same bedroom dealing with similar issues today. The premise may be silly, but works surprisingly well. 1988 confident teenager beaten into despair by tobacco/alcohol-fuelled mother; 2018 shy boy bullied through social media but supported by caring mum. Throw in a couple of trips to Stonewall (1969 and modern day) where we meet Florrie (superbly played by Kim Tatum) and we see the challenges of different eras of LGBTQ+ history. Have they changed in the last 50 years?

A strong cast is led by Sam Retford (1980’s Henry) who is particularly excellent: great comedy, heartfelt moments and an impressive voice. Surprising that this is his professional stage musical debut. Lloyd Daniels is suitably bashful as Henry’s modern day counterpart Ben. I also loved Sophie Ellicott (Penny), particularly in her rendition of Protection. The opening number (WEIRDO) was reminiscent of a cross between Taboo and Beautiful People, and the whole score is impressive, sung by actors who can sing. There were technical challenges – the sound balance needs to be improved so the vocals are less muddy, and the lighting was clumsy at times – however, overall, this is a great night out. Loud, funny, emotional and very camp.

Originally an 18 minute film, now extended to a two act musical, the show could actually be longer. Flesh out the concept further, throw in a couple more full company camp numbers and this has the potential to be a huge success in the future. A certain time travelling phone box may have its Who, but this time travelling closet has oodles of Ooh!