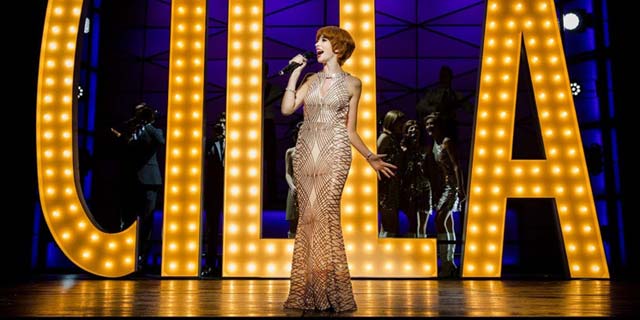 Cilla at The Palace Theatre Manchester

Jeff Pope’s Cilla the Musical is based on his critically acclaimed 2014 TV drama starring Sheridan Smith. Transferring perfectly to the stage, this fully-fledged theatre musical tells the story of Liverpool’s best loved cloakroom attendant and her rise to fame from the dimly lit Cavern Club to the bright lights of Saturday night TV.

The script flows seamlessly through the years as we follow Cilla’s journey to fame. There are challenges on the way, but they build her determination to succeed. The hope and inspiration of the main story is balanced by the tragic life of Brian Epstein. Poignantly played by Andrew Lancel, we witness the internal struggles he fought leading to his untimely death.

But it is Kara Lily Hayworth who steals the show - she is mesmerising. A faultless performance and an amazing voice that perfectly captures the sound of Cilla. Carl Au impresses as her devoted Bobby; he is sensitive, supportive and has a rather good singing voice. Pauline Fleming and Neil MacDonald provide the perfect balance of humour as Mr and Mrs White, and special mention must be given for Reddish Vale High School alumni Alex Harford (George Harrison) on his professional debut – and impressive guitar playing.

The sound track includes the classics of Cilla interspersed with the hits of her contemporaries - The Beatles, Gerry and the Pacemakers and The Mamas and the Papas. Guaranteed to get the audience to its feet, and with the tour now extended into 2018, this is – no surprise, surprise – a sure fire hit not to be missed.