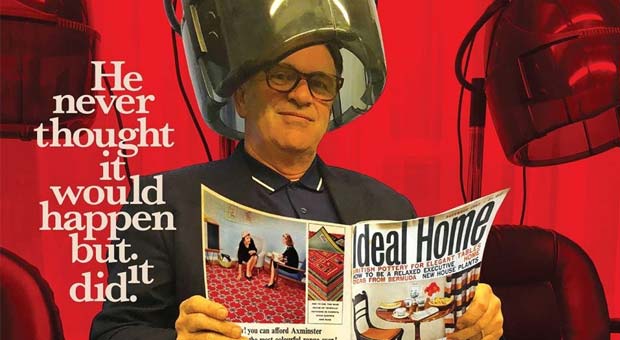 Chris Difford at the Stoller Hall

The lovely Stoller Hall played host to a well known and popular singer songwriter best known for membership of the 80's band Squeeze, with clever and amusing lyrics to songs about often everyday events, touring solo this year.

He was supported by Boo Hewerdine, again an original member of band The Bible in 80's and a long time collaborator with Eddy Reader.

Boo played acoustic guitar and sang, most of the audience clearly knew his work well. His voice and songs were just great, lovely sound ( wonderful Stoller acoustics ) and every word clearly heard. Almost had a folk feel to it, very gentle approach. Definitely will be having a listen to more of his work.

For the main event, Chris and Boo took the stage together, both playing acoustic guitar and singing. There was also a thread of banter, chat and stories from Chris's life, from his start in South London and formation of Squeeze, to present day. Some very amusing anecdotes and insight into what underpinned some of the lyrics to the more famous songs, such as Up the Junction, Cool for Cats, Labelled with Love.

It was great to see such talented work, particularly enjoyable for being acoustic, as different versions of well known hit songs. Joining in singing along was encouraged, though think we all felt a bit shy!

A nice sense of intimacy, felt like a private party at times. There was a definite and positive connection with the audience which is quite rare from a live gig. Was a welcome trip down memory lane, would highly recommend this tour.