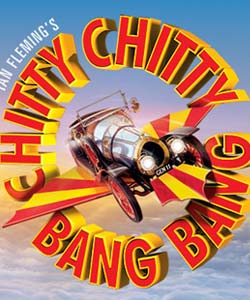 One of the world’s favourite musicals, Chitty Chitty, Bang Bang will have audiences of all ages flying high with its mixture of madness, intrigue and exuberance.

Can the loveable but whacky inventor, Potts, along with his two children and the gorgeous Truly Scrumptious outwit the bombastic Baron Bomburst who has decreed that all children be banished from his kingdom? What happens when the children are caught and imprisoned with the other youngsters by the evil Childcatcher? Will it all end happily-ever-after? Well, of course it will!

Having broken all box office records in the West End, this fun-filled production from the team that brought you Fiddler on the Roof and The King and I promises laughs and magic galore – and Chitty herself!

We were there for press night and here is what we thought..

The Lowry knows how to put on a sensational Christmas show. They’ve got cute children; a loveable lead; an evil baddie; and, whilst panto may be written as a vehicle for its stars, here we have a vehicle as its star.

Local boy Jason Manford takes on the role of Caractacus Potts, the zany inventor and widowed father of two. Full of energy, and with an impressive voice, he keeps the momentum going throughout the show. Charlotte Wakefield is in fine voice as Truly Scrumptious. They are more than ably supported by two talented young actors – Henry Kent and Darcy Snares - as his children Jeremy and Jemima. Claire Sweeney and Phill Jupitus provide postcard bawdiness as Baron and Baroness Bomburst, with Sam Harrison and Scott Paige convincingly bumbling as the two Vulgarian spies. Jos Vantyler looked menacing in the role of the Childcatcher, but was not the large, scary presence I expected and only generated a token boo from the audience.

The production has big chorus numbers and songs we know well – the beautiful Hushabye Mountain, Truly Scrumptious and the classic title song which had the audience clapping along every time it was performed. Unfortunately, Sweeney’s big number - The Bombie Samba – seemed out of sorts with the rest of the production and added nothing to the evening.

At 2½ hours the show felt a little long for the younger audience members, struggling at times to keep their attention, and there were a number of technical issues, including an 8 minute pause in the first half as the safety curtain was brought in. However, this was only the second night of the run, so should pick up pace and flow better as the cast and crew settle in. The ultimate star is Chitty – full-sized, gleaming and playful - although a little wobbly on its wheels and obvious hydraulics.

Children young and old will love this truly scrumptious production - another classic show for the North West’s festive season.