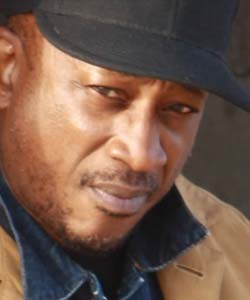 Brinsley Forde at The Live Room

On Saturday night, freshly deafened from our Bonfire Night celebrations, we slid down Grosvenor Street, just past the Deaf Institute incidentally, and down to the Live Room, which hosted Brinsley Forde on Sat 5th of November for a reggae night with a reggae legend.  Having opened in August last year, this place has had an eclectic mix of artists playing- from Crate Diggers 100% vinyl DJ’s, to live local band showcases, to the Hip Hop Kuran Poppin Lockin dance off. Eclectic indeed.

After an odd encounter of having to go through a somewhat-unexpected metal detector (slightly worrying as to what kind of shenanigans they expected from a pair of female student bloggers, but alas), we headed downstairs and got our first proper look at the venue while the band was doing their soundcheck.  An old school-style basement bar making full use of LED decor all over, giving the room a super retro look which was a nice change from some of the other venues in town.

Forde, best known as the founding member of the British reggae band, Aswad, has had a career that kicked off in and continued since the early seventies, releasing a total of twenty one albums with the band (incidentally, more than Becca actually owns in total).

Forde brought a full live band to The Live Room, but Anton, owner of the venue, explained to us as we got there that his support had been unable to make the show, so we’d get the entire Aswad team and the entire Aswad experience.  As such, it was a real shame that the 300 capacity venue had less than 20 people in it that night- but not that you would have known from his performance.

The dance moves were cracked out and we were treated to their hits, “Don’t Turn Around”, “Shine”, “Give a Little Love”, and even a couple of Bob Marley & the Wailers hits too, having stepped into Marley’s shoes for a recent spell of Wailers live shows.

Almost the exact moment their set had finished, a very irate lady rushed the band to pack up quickly to make room for their Russian House night.  Probably due to the late start but still, with so few people in the room, it was definitely an uncomfortable moment and in true British-style, we quickly scuttled off to hide from the raised voices.

Not sure what was going on with the turnout- the event definitely needed some more marketing, but excellent showmanship from the man himself.

Let’s give them a better crowd next time, eh Manchester?