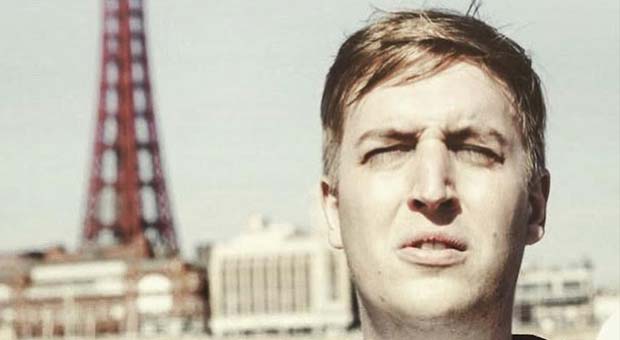 Blackpool - What a shit place to die

Blackpool, What a Shit Place To Die at the Three Minute Theatre

Phil Pearson's 60 minute gallop through the experiences of an Oldham lad, named Billy completely resonate, from the minute the piece starts to the moving close.

There are a number of reasons for this. Actor Mark Newsome completely owns the role and he never wavers, conveying a gamut of emotions, as he seeks solace in Blackpool following a huge family row, when he is forced to come out because a local gossip.

Newsome conveys Billy's defiance and strength incredibly well. But, what really grabs you by the scruff of the neck are the moments when this character's life unravels and he breaks down. The effect is heart breaking.

Pearson's writing is perceptive and in light of a recent survey by Stonewall, incredibly timely. People presume when you come out, you find 'your people.' Billy does not and is sick of hearing shallow comments about the way men look, and being graded and judged for it, accordingly. it makes him feel even worse.

Grace Cordell directs at speed, representing the muddled thoughts in Billy' s head. The character has autism and this is superbly realised and never once reverts to a Rain Man style stereotype. Billy knows he is not perfect and Cordell's direction allows the character to breathe and pause when he has to.

Too often, in plays and films about LGBT characters, the quest for a soul mate dominates. Here, Billy's is seeking  acceptance and the fact that he is not represented as a stereotype himself, endears you to him even more.

This gripping play has done well at the Greater Manchester Fringe Festival, and since then has been back to Manchester twice and had since transferred o London. The BBC also covered the play because of the themes it highlights.

It explores mental health, identity through the eyes of a gay man who is rejected by his family. One beautiful scene highlights how your real friends appear and offer you a hand during a crisis. And, thank heavens for that, because Mark Newsome is a force to be reckoned with, on stage and has energy to burn and his bravery in telling this story, partly based on his own experiences will help many people.

Blackpool, What a Shit Place To Live is at The Three Minute Theatre until 9 November.