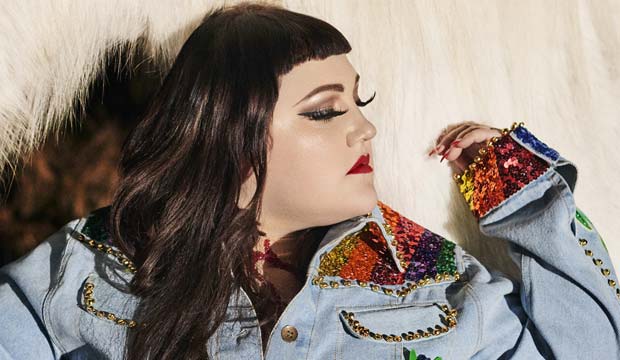 Former Gossip star, now turned solo singer Beth Ditto arrived onstage at The Albert Hall for a final date of a European tour in support of her debut album, Fake Sugar, and oh grrrl did she deliver the goods with a brawny set that showcased songs from her solo career, debut album and chart bothering hits from the Gossip days.

Removing her shoes to perform barefooted alongside her gender-bending band members, Ditto belted out the lyrics to an energetic I Wrote The Book and soothing recent single Fire with as much force as Ophelia over the Irish coast . A well placed cover of A Little Respect transformed the 1500 capacity venue into a huge LGBTQ disco for a mass sing along that turned out to be gayer than any Erasure concert I’ve ever witnessed.

Surprisingly the highlight of the show was a stunning vocal performance on slow burning pop nugget 'We Could Run' that earned an extended standing ovation from the emotional crowd and a huge queer moshpit whilst the band tore their way though Bollox club dance floor anthem 'Standing in the Way of Control'.