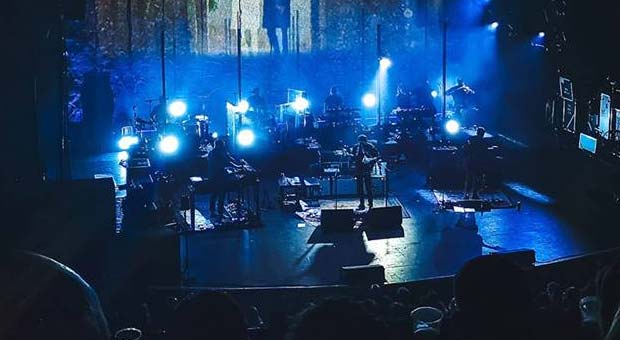 The 31-year-old folk singer has had an incredible career, with worldwide hits including "Only Love" as well as headlining on the Pyramid stage at Glastonbury.

The Ben Howard that I grew up with is not that man I saw on stage: his new music is more techno, metallic almost and quite psychedelic. Backed by an eight-person strong orchestra, sometimes the new music felt too loud compared to the singing.

Howard isn't one to interact with the audience, and for quite a while the audience was waiting for a simple "Hello". The lighting and set were very clever, with projections on the back of the stage with moments in Howard's life.

The moving lights and projections add to the trance-like music, setting the soul free to a new world of multicolour.

The Noonday Dream album is more about the music then the performance of it, and most of the time I was sat with my eyes closed and felt the music.

This new album is merely an example of Howard's development as an artist.