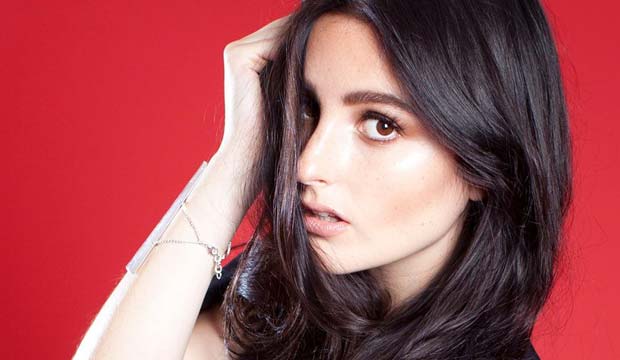 Banks at The Academy

With a stage decked for most of the set in a deep, dark red - and the performance backed by her self-proclaimed ‘ghosties’ - we’d be tempted to call Banks - real name Jillian Rose Banks - more of a sexy demon than a Goddess, as the name of her debut album suggested.  We went along to Manchester Academy for the closing leg of her Altar Tour: an altogether bewitching experience.

The California-based performer switched between dance-heavy tracks throughout, moving in perfect sync with her veil-draped dancers and jerking violently to the beat, and slower numbers alone on stage for a more intimate feel.  The set took tracks from both Goddess, her 2014 debut album, and her 2016 release, The Altar.

Although the front few rows never took their eyes off the singer, surprisingly the rest of the crowd was loud - and not in a good way. Audience members laughing and talking amongst themselves was distracting and incredibly irritating for those of us nearing the middle of the venue and it drowned out a lot of the softly spoken artist’s conversation between songs. That being said, it did seem as though her microphone may have also been too quiet, as even without the music, she was nowhere near as audible as other artists have been on the same stage. We can’t help think then that the show might have benefitted from a slightly smaller venue; whilst she’d toured recently with The Weeknd in undoubtedly vaster arenas - and the crowd was definitely excited and on her side as the music kicked in - the room felt more surprised into silence by her cover of Tracy Chapman’s Fast Car, having wittered their way through Banks’ quiet and intimate introductory chat beforehand.

She seemed genuinely humbled by the audience’s enthusiasm (or at least we interpreted the muffled sounds as having a humble tone) and in spite of the unruly crowd, Banks gave an energetic and engaging performance.  Her vampy take on R&B was backed by some powerful vocals, and her ad-libs were all the more impressive as she threw herself wildly around the stage with her ghostly backing dancers.  Her set covered all our favourite tracks - F*ck With Myself, Begging for Thread, & Crowded Places to name a few, before returning to the stage for an encore of her latest release Underdog - and left us lusting after her half latex, half 70s floaty trouser jumpsuit (Think Morticia Addams meets AllSaints. We text her to see where we could get ourselves one- she hasn’t text back yet. Everything crossed for a newly blossoming, sisterhood of the travelling pantsuit, transatlantic friendship please).

Next time she’s in Manchester, we’ll pray she does a more thorough sound check- from the reaction of the front row, she must have been saying something great- but unfortunately we’ll never know.

Solid all round performance, just a tad too quiet (from Banks at least; too noisy from others) in places.