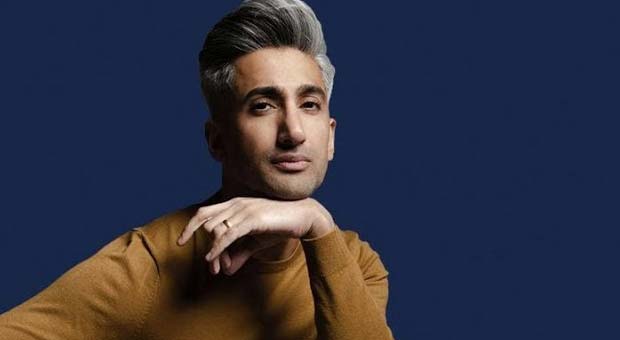 Audience with Tan France at The Dancehouse

Tan France has seen his profile increase massively since appearing on Queer Eye but there is so much more to this member of the Fab 5. It is little wonder that Tan now has a book and is selling out venues to discuss ‘Naturally Tan’ and his life before Queer Eye.

On Friday Tan sold out the Dance House with adoring fans keen to hear about his early life and get a book signed by the man himself.

France was born and raised in Doncaster, South Yorkshire, England to Muslim Pakistani parents. France commented on how he was raised in a very strict Muslim household and how his sexuality was increasingly viewed negatively in his upbringing. France's interest in fashion began at a young age, inspired by the clothing that was made in his grandparents' factory for Disney.He attended Hall Cross School and later Doncaster College where he studied fashion before moves to both Manchester and later London.

This is a guy who is down to earth and happy to open up. A local boy to Manchester having spent his early life frequenting this city,  it’s clear to see why he’s so popular and engaging.

The venue (the Dancehouse) worked particularly well as it was easily accessible and close to the city centre on Oxford Rd, which is always a bonus. Tan speaks to a lot of people, who seem to genuinely relate to him,  given his background and ethnicity and it was a pleasure to hear his story first hand.

Now living with his Husband in Salt Lake City, Tan enjoys the lifestyle there aswell as the lack of abuse often experienced in his hometown even now. A sad reflection.

We look forward to having him back!

Watch out for him soon in a cameo appearance in Tyler Swift's new video 'Calm down'.

To learn more about him. Visit here.