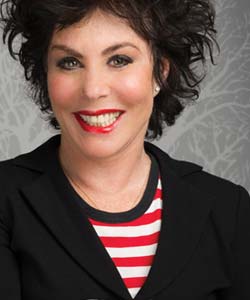 An evening with Ruby Wax

The much loved US comedian and mental health campaigner used her Masters degree in Mindfulness-based Cognitive Therapy from Oxford to help us understand why we sabotage our sanity.

My friend and I went to see ruby wax on Monday night at the Lowry Salford Quays. It wasnt until I arrived at the theatre, that I realised that the topic of the evening was mental health,surrounding issues and depression.

Given the fact that I had been to a funeral that afternoon I was very apprehensive.

Firstly, we were amazed at how good the area looks with media city over the water.Truly the new,modern face of the region.

Secoundly,we were surprised how many people were there, especially on a dark Monday night in October.Many of them from our own LGBT community.

The show was funny, intelligent and very insightful. The first half was Ruby talking about her own mental health issues and how she copes with life on a daily basis.

The second half was q&a. when she initially asked for questions people were reluctant to put their hands up, but after a short while there were lots of people asking some very interesting questions. which were discussed with Ruby in a witty and honest way.

All and all,a great was had by everyone it seemed and as we spilled out into a chilly Autumnal night,the audience had shared some highly sensitive and often controversial experiences with a brave lady who was bold enough to address them in this entertaining manner.