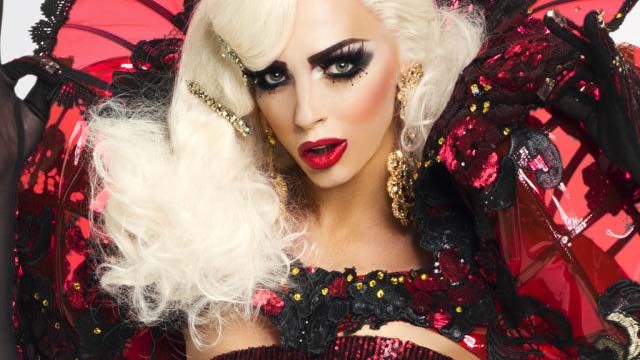 Alyssa Edwards at Frog and Bucket

We are being spoilt with amazing drag talent coming to perform in Manchester. Tuesday night was no different with the amazing Alyssa Edwards coming to perform at the Frog and Bucket as part of her Night of a Million Laughs presented by Klub Kids. As you already know Alyssa was a firm favourite of both Season 5 and All Stars Season 2 of Rupaul’s Drag Race and it’s that charming personality that shines through.

Frog and Bucket really put on a great set with brilliant warm up performances from Lill Queen and Joe Sutherland. As point of reference is a brilliant stand-up comedy performer in his own right and someone to watch in future. He was hilarious and a great way to get ready for the main event.

Alyssa is a true professional and despite having her luggage lost at Dublin she was able to get to perform with a little help from Roxxxy Andrews who not only lent her clothes but also came down to present Alyssa tonight. There was a brilliant Q&A session with the audience clearly not always sticking to script themselves and asking some hilarious questions about Alyssa’s bedroom activities which were met with equally funny responses.

It was also announced by the host that Klub Kids were bringing Latrice Royale back to Manchester for a date as yet undecided in August so please stay tuned for updates on that. A big thanks to Frog and Bucket and Klub Kids for hosting such a great event and a special thanks to Alyssa for a brilliant night.